A two-part series featuring your favorite anime characters born in August begins with this installment.

Anime viewers are drawn to a certain series for a variety of reasons. These can include things like the type of art, the genre, the music, or the story itself. Character growth, on the other hand, is certainly at the top of the list of the reasons why most people watch anime. With so many interesting characters to choose from, it’s difficult to come up with a top 10 list. This month’s post was put together with great care and attention to detail. The result is a balanced list of anime characters whose birthdays fall in August, according to their creators.

Please let me know if I’ve forgotten about any of your favorite anime or manga characters as you go through the post. Let me know what you think by leaving a comment here. For many years, Tadaomi served as an elite airman in the Japanese Air Force. His physical strength and professionalism earned him the admiration of his peers. Tadaomi was a fantastic fit for Class 3-E’s objective because of his attributes and teaching abilities. When it comes to love, he’s a little naive. He’s married to Irina Jelavi.

At first glance, Tadaomi Karasuma gives the impression that he is more concerned with the government’s purpose than with the personal development of his students. Over the course of the series, he transforms into a man who truly cares about the success of his young charges. Tadaomi Karasuma’s tale draws in fans, which is why he’s been a popular anime character for so long.

High school student Sanae Dekomori serves as an agent of the evil lord’s eye and is one of the show’s most memorable supporting characters. As a member of the school’s Far Eastern Magic Napping Society of Summer, she has demonstrated a strong aptitude for academics.

Long blonde twin-tails, fastened at the ends by candy bags, adorn this’magical warrior’. To combat the ‘Fake Mori Summer,’ Sanae uses her twin-tails or the Mighty Mjolnir Maul. Mischievous Dimwit’ is how Yuuta Togashi, the series protagonist, refers to her. She also uses the third person to talk about herself. Dekomori, despite her outward appearance, is a caring person who genuinely cares about the well-being of her companion.

Yuuta Togashi and Shinka Nibutani have a great foil in Sanae Dekomori. To be a responsible person does not need giving up on your true self, as her character demonstrates. August’s Dekomori is a fan favorite for several reasons, not the least of which being his endearing humorous style. 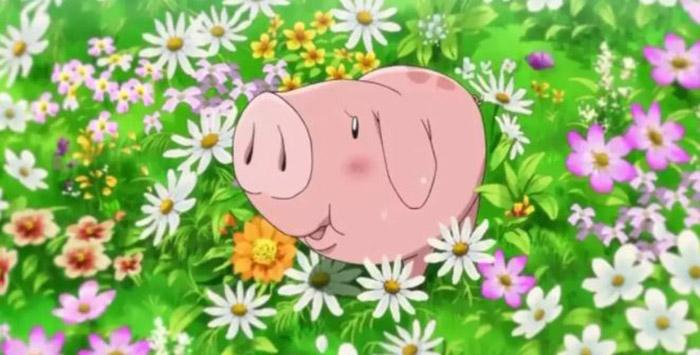 August 6 is my birthday.

Hork or Hawk, Meliodas’ Purgatory-bound journey companion, is a talking pig-like creature. The first animal to appear in our series is ‘Captain Leftovers.’

The Demon King entrusts him with spying on Meliodas in the Living World. Afterwards, he and Meliodas decide to build a restaurant together after a brief fight. By picking up food scraps for ‘The Boar Hat,’ Hawk makes an honest living. Transpork is the source of his unique skill. Hawk is able to absorb any magical power he consumes thanks to this ability.

August 7 is my birthday.

She is the only living member of the League of Villains to be a yandere and the series’ main villain. She has a sociopathic need to inflict suffering on others, despite her outwardly pleasant demeanor.

It’s unclear how the Creepy Demon Child became a serial killer. It’s not known who her parents are or where she was born. Himiko’s nefarious activities are amplified by the Transformation Quirk she possesses. As a result of this power, she may take on the appearance and voice of another person. Combat knives and a blood-sucking machine help her get the job done in a more efficient and effective manner.

Despite her savagery in the plot, Himiko Toga is a beloved villain in the My Hero Academia universe. The series writer Ysuke Kuroda’s ability to stay faithful to Kohei Hirikoshi’s vision while making fans like a horrible villain is a testament to him. 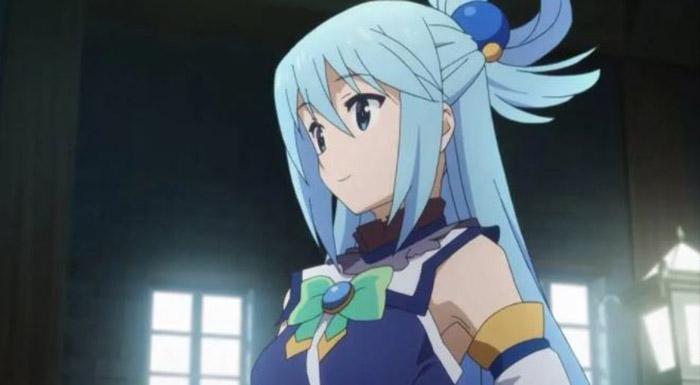 It’s the first time he’s been in an animated series! Reincarnation in a New World and a Self-Proclaimed Goddess! (2016)

As one of the protagonists in the KonoSuba story, Aqua is the goddess of water. Japanese people are convinced to reincarnate into the fantasy world because of her efforts. Satou Kazuma conned her into accompanying him on a sour journey.

A spoiled princess, Aqua is one of the least competent members in Kazuma’s party. The Useless Goddess is a term he uses frequently. When she tries to please her fans by doing big things, her bloated ego shows its self-centered nature when her efforts fail miserably. It’s common for Aqua and Kazuma to argue about their differences, but the two truly care about each other.

The success of KonoSuba is based on the series quartet’s interactions. Both the series and the Goddess of Debt have gained in popularity because of it. Aqua’s popularity can be shown in her guest appearance in Weathering with You.

First Anime Appearance: “What I Can Do for Now” from Boku no Hro Akademia episode 5 (2016)

Kayoka Jiro, a skilled pianist in U.A. High School’s Class 1-A, is a small yet nuanced young lady. Hearing Hero: Earphone Jack is her champion name, making her the only hero-in-training with that moniker as a quirk.

Using her earphones Her heartbeat is used by Jack Quirk to instigate a violent episode of tremors. This ability allows her to keep an eye on her surroundings. Quirk Apprehension Test resulted in seventeenth position for her abilities. Kyoka is a rock vocalist and musician in her spare time. She is a talented bassist, and her voice has been hailed as ‘husky, but angelic’ by critics.

Kohei Horikoshi created Kayoka Jiro, one of the initial Boku no Hr Akademia characters. When he was driving home, he listened to music through headphones and found inspiration. Kayoka Jiro is one of the best supporting characters in U.A. High School because of his creative approach to hero building. Faye Valentine, a wanted felon, hides out with Bebop’s scoundrels, where she is protected from the law. Queen of Hearts’ is a haughty yet clever bounty hunter who prefers leisure time to the drudgery of work.

Her young appearance at the age of 77 is a result of her cryogenic sleep. When she re-emerges 54 years later, she finds a cosmos that has been flipped upside down. Her new surroundings drive her to rely on her charms to get what she wants from others. After seeing a Beta tape of her youth, her self-centered way of life starts to fall apart. The Bebop team becomes like a second family to Faye.

Faye Valentine is a tribute to the femme fatales of classic noir films. She’s witty, enigmatic, and seductive, with a tinge of fragility to her features. To get around a world ruled by powerful individuals, Faye relies on her wealth and status. Because of her story arc, the ‘Queen of Hearts’ is beloved by Cowboy Bebop fans everywhere.

The Best Anime Girls With Green Eyes, According to Fans

August 2 is my birthday.

Basketball player Taiga Kagami is a freshman at Seirin High School. His towering presence and tremendous athleticism have elevated him to the position of ace and power forward for the squad.

Taiga was raised in the United States by his American parents, despite his Japanese birth. Before he was introduced to the game of street basketball, he felt isolated in the cultural shift. Under Alexandra Garcia’s tutelage, he’d become a fearsome force on the court. When Taiga returns to Japan, he is referred regarded as “The Miracle who did not become one of the Miracles.”

However, Taiga Kagami’s story revolves around personal growth both on and off the court. Because of Taiga’s enthralling journey, he remains a favorite of many anime sports enthusiasts. August 2 is my birthday.

Tsunade, a member of the Legendary Three Ninjas of Konohagakure and an ancestor of both the Senju and Uzumaki families, is a legendary figure. Kunoichi (female ninja) and medical ninja, she is Konoha’s Fifth Fire Shadow or Fifth Hokage. Her abilities are vital.

Her grandfather, Hashirama Senju, was Konoha’s First Hokage. When it came to the young girl’s unconventional outlook on life and penchant for gambling, Hashirama was oblivious as a grandfather. Tsunade’s moral qualms would follow her into adulthood. While fighting Obito Uchiha, she used her life force and physical energy to heal hordes of shinobi.

More than 200 outstanding characters populate the Naruto universe, a sprawling shoujo manga. The capacity to ascend to the top of this enormous field of amazing people is rather impressive. It is because of Tsunade’s reputation as a fan favorite that most anime characters born in August are beaten out by her.

Yato, or Yaboku, is a minor catastrophe deity and one of the protagonists of the third series. Rebranding himself as a hero is his life’s goal.

When Yato and his younger sister were children, Fujisaki Kouto, their manipulating father, took care of the two of them. As a result of his father’s cunning, the youngster came to believe that murdering and creating havoc to others was fun.

With Sakura’s help, he would grow to appreciate people and the rest of the world. With the help of Hiyori Iki and Yukine, Yato embarks on a journey to question both his own and society’s preconceived notions about him. His ultimate objective is to be forgiven by the public for his past transgressions.

The tale of Noragami is largely a philosophical investigation on what it means to be one’s own true self. Throughout Yato’s journey of self-discovery in the anime, this concept is well-represented. All of us have to deal with this on a regular basis in our daily dealings. Since Yato’s birthday falls in August, it should come as no surprise to anime lovers that Yato is one of their favorite characters.