Do you want to watch an anime where the main character swims? Whether you’re into competitive swimming, board diving, or recreational scuba diving, we’ve got plenty of swimming anime to choose from. The following is a list of the best Swimming-themed Anime currently available.

An excellent swimming anime, Free!–Iwatobi Swim Club focuses on Haruka Nanase and her childhood friends as they compete in high school relay swimming race tournaments with the goal of repeating their success from elementary school. Free! is one of the few swimming-themed anime series that has lasted over a decade and spawned multiple movies and television specials. In Dive!!, the focus is on competitive diving, which is a specialty of the series’ creators. In order to keep the club from closing, the main character must convince the new diving coach to give Mizuki Diving Club a second chance by sending one of their members to the Japanese Olympic team. The story continues from there, with the main character attempting to save Mizuki Diving Club from closure. One of the main characters in Grand Blue is Iori Kitahara, who dreams of having an ideal college experience. Iori Kitahara and a bunch of college buddies hang out at Kiathara’s uncle’s dive shop, where college life is lived to the fullest. In this series, we follow the protagonist through his college years, as well as his passion for scuba diving. One of the supporting characters in Umisho High School Naked Swimming Group enjoys skinny dipping in the ocean, but that changes when she joins the club. Kaname Okiura, who has no swimming experience, bumps into a girl who loves to skinny dip in the ocean and they both join the same swimming club with a group of other people. Rather than portraying swimming as a competitive sport, the anime depicts it as a recreational activity. Despite its age, the show is still entertaining for the typical fan of slice-of-life anime. 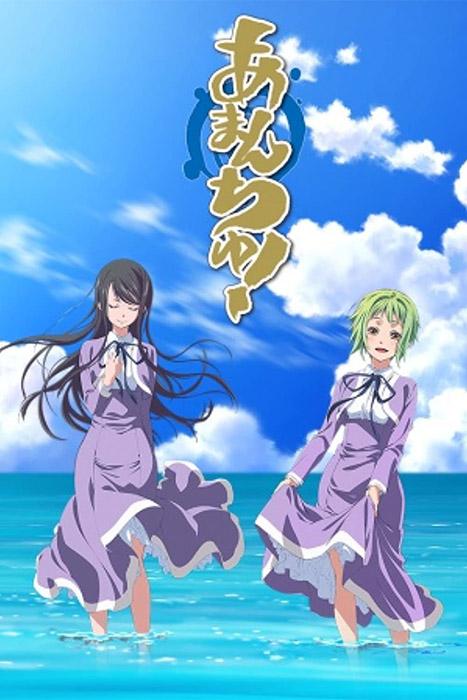 One of the most laid back, slice of life takes on scuba diving is the Amanachu anime, which follows the adventures of a scuba diver who has an interest in the sport. Consider this anime if you are looking for an Anime about swimming or scuba diving. This anime’s review can be found right here. Paralympic swimming, track and high-jumping, wheelchair basketball, and goalball are all represented in the four-part episodic series of the Anime Breakers, which has 16 episodes in total.

Despite the fact that there aren’t many animes about swimming out there, these Animes are ideal for those who enjoy swimming animes and slice of life in general. Comment down below if you enjoyed this list or if there are any other animes you think should be included!