Betrayal. Heartbreak. Drama. Already, all of this sounds like plot points from a season of Pretty Little Liars. Of course, this is why the original series became so well-liked. There were so many times in this show where someone was metaphorically stabbed in the back that it put Game of Thrones to shame. HBO Max will soon be bringing a reboot that’s been in development for several years.

This does not mean, however, that there aren’t plenty of other options for fans like you to enjoy that will have your head spinning and yelling at the TV despite the upcoming reboot of the once-popular teen show on ABC Family (now Freeform). Here are some of the best shows to stream right now that might remind you of Pretty Little Liars, ranging from intense dramas to high school cliches. 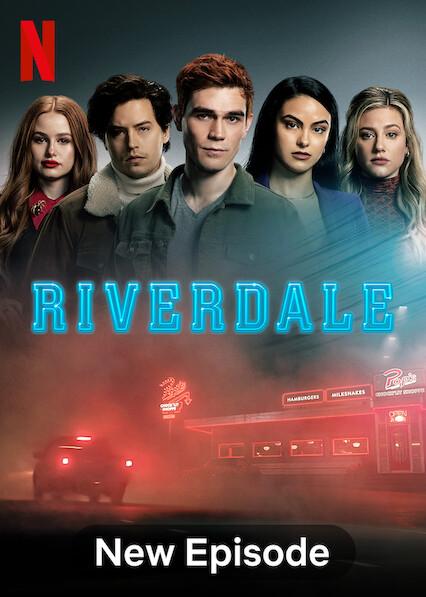 Look no further than Riverdale for the pinnacle of a show that will remind you of Pretty Little Liars. The CW’s Riverdale tells the story of a small town north of New York City where bad things happen all the time, shrouded in mystery, and where high school friends must band together to figure out what’s going on.

If you’re expecting a lighthearted show about two friends trying to solve mysteries, you’re mistaken. The series goes far beyond simple buddy fare, to the point where the ludicrousness of the plots becomes oppressive. You’ll be entertained by even that once you get into it, though. The show is definitely worth checking out if you’re interested in that kind of thing.

Gossip Girl, another classic teen show, is making a triumphant return to society. Popular teen drama shows us the Upper East Side of New York City and the world of Serena Van der Woodsen and her friends, all told through the eyes of an anonymous “gossip girl” who narrates the entire show.

Even though it featured characters who were obscenely wealthy (after all, this is the Upper East Side), the show also featured numerous love triangles, plot twists, and a mystery surrounding the identity of the mysterious “gossip girl” during its run. With a sequel series on the way to HBO Max, it’s no surprise that new Gossip Girl fans will be introduced. However, no one will ever be able to replace the original Gossip Girl cast, in my opinion. Dexter, the show whose finale was reportedly so bad that a new limited series is being developed now. That’s something I’d like to see Game of Thrones’ writers do as well. Dexter was an iconic series about Dexter Morgan, a blood spatter analyst in Miami who has a double life as he helps the homicide division investigate murders while also hunting and killing criminals who have escaped the justice system.

Dexter is a messed-up dude, and that’s part of what makes this series so entertaining and a great pick for fans of Pretty Little Liars. Let me just say that. In addition to the suspense that surrounds it constantly, the story itself is intriguing and interesting to watch, making viewers wonder if anyone will ever figure out what he’s up to.

You may not be everyone’s cup of tea, but I think You’s one of the best shows ever, and I can’t wait for You Season 3. We follow Joe Goldberg in this Netflix original (previously a Lifetime series). When he falls in love, he often goes to great lengths to keep the woman he wants and provide for her, including murder.

It’s one of Netflix’s best shows, and I can’t recommend it enough. Although I’ve seen both seasons of this show several times, I still find myself drawn in by the intrigue, mystery, and sheer creep factor of Joe. Although Joe is a horrible person, there are times when you want to root for him because of the strange and complicated relationship he has with the concept of “love” in his mind. That’s what keeps me watching this drama series. You’ll want to re-watch the show because it’s so perplexing, engrossing, and full of drama.

Life can seem perfect at times, with nothing to keep you from enjoying it. Then, out of nowhere, a murder occurs, shattering your world and making you doubt your ability to ever get your life back to normal. Big Little Lies, which is based on the Lisa Moriarty novel of the same name, follows a plot very similar to this.

This is a fantastic show for Pretty Little Liars fans. Fans of Pretty Little Liar will recognize the mystery and murder themes, but they will also enjoy the stellar cast. Reese Witherspoon from Legally Blonde and The Morning Show? Shailene Woodley, the Divergent actress? Nicole Kidman, who will you see at the prom? A lot of Emmy nominations were given to this show because of the outstanding acting. This is a show that, believe me, you’ll enjoy. That’s how good it is. Bring out your inner detective and see if you can’t figure it out on your own. Family dramas are unquestionably one of the most enduring genres on television, and Dynasty makes excellent use of that. Fallon Carrington, a wealthy heiress (and modern reboot of the classic primetime soap opera), is furious when she learns that her billionaire father is engaged to a rival employee of the family business in this popular drama. To begin with, she desperately tries to find a way to keep them apart in the first few episodes of the show.

Dynasty reminds me a lot of Gossip Girl when it comes to money, only with a much higher net worth. They’re so wealthy that it’s almost absurd that they’ve amassed this much wealth. However, just as with Pretty Little Liars, the excellent casting is what really sets Dynasty apart from the competition. Elizabeth Gillies is the only person I can see playing Fallon. She’s a perfect fit for the role, and she and her co-stars kill it in it.

Desperate Housewives used to be one of those shows my mother insisted we watch, and I found it strange at the time. But after giving it a chance, I’ve come to realize how fantastic Desperate Housewives is. We are in a fictional town and state called Wisteria Lane, where we see the lives of a group of women as seen by their friend and neighbor, who took her own life in the first episode of this well-known series.

Let me tell you, if you thought the drama in Pretty Little Liars was intense, wait until you meet the cast of Desperate Housewives. They don’t hold anything back from you when it comes to the drama. The first episode plunges you headfirst into the action, and it doesn’t let up until the very end. I can assure you that once you start watching this show, you won’t be able to put it down until all eight seasons are finished. It’s no secret that Pretty Little Liars is a show about teenagers who are basically in charge of the world – and let’s face it, that’s how it is; where the hell are the parents? You’ll fit right in with the group. As the population of West Ham, Connecticut suddenly vanishes, the teenagers in the town must learn to somehow manage their community.

Pretty Little Liars fans will be drawn in by the mystery, but they’ll be hooked by the story that unfolds and the shocking revelations that follow quickly after. However, The Society was axed by Netflix far too soon, so you may be left hanging on a few cliffhangers. Despite this, the show is still enjoyable and well worth watching.

Tiny Pretty Things, the new Netflix series based on the characters from Pretty Little Liars, was one of the first shows that came to mind for fans of the show. A ballet school in Chicago is the setting for this story, and the characters include the dancers, teachers, and anyone else who happens to be in the vicinity. In addition to love triangles and mysteries galore, the school has its share of drama.

As Marie Claire points out, the dancing on this show is also done by the actors, so they’re great actors who can also dance their a$$ off. Even so, if shows like Pretty Little Liars appeal to you, this is the series for you. This book has it all: a strange death mystery, hidden relationships, and scandalous secrets. With this Netflix original, the hits just keep on coming. Even though Revenge is listed as the final option, it is far from the least important. Emily Thorne is a young woman who makes it her mission in life to avenge the death of her father, who was imprisoned and later died in prison when she was a child for treason. She’s now back in the Hamptons, determined to exact revenge on the Graysons for their treatment of her father.

Pretty Little Liars fans will enjoy Revenge because the plot revolves around a woman seeking vengeance and going to great lengths to do so. Revenge’s greatest strength lies in the chemistry between its leading actors. The chemistry between Emily VanCamp and Madeleine Stowe is electric, and the rest of the cast is equally impressive. Later in the series, there are some mind-blowing twists, but those details are off-limits to me for the time being. You’ll have to see it for yourself if you want to know more.