Even casual Oncers are aware thatOnce Upon a Timeis a unique form of fantasy television series. The show centers on Emma Swan (Jennifer Morrison), a young mother who travels to Storybrooke with her son Henry (Jared Gilmore). These exiles from Disney and fairytales have been cursed to forget their true identities and origins. The only way to free them is to defeat the evil queen (Lana Parrilla).

We’re here to help if you’re hooked on their enchanted journey and want to see more shows that transport you to other worlds or keep you engaged with swoon-worthy romances. Listed below are a number of shows that are comparable to Once Upon a Time and well worth the time of any former Oncers.

Interested in seeing what else we recommend you check out? They’re in abundance here! More hand-picked suggestions based on your favorite shows are available as well. 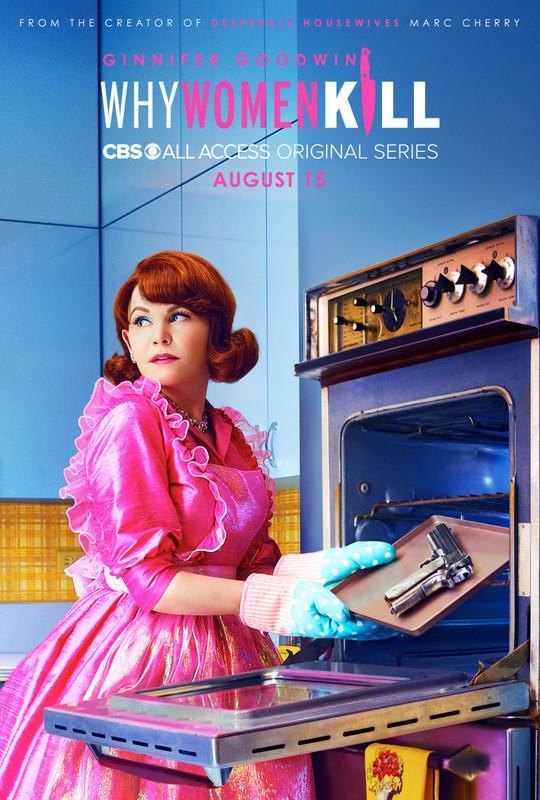 Despite its soapy nature, Why Women Kill’s second season features Regina Mills’ own Lana Parrilla. This makes it a worthwhile watch for any Once Upon a Timefan. Lucy Liu, Once vet Ginnifer Goodwin, and Kirby Howell-Baptiste all starred in the dramedy’s first season, which told the stories of three women from three different generations who were all caught up in unhappy marriages due to infidelity. There was also murder, as implied by the title, but I won’t give anything away. Rita Castillo, the glamorous woman we first meet in Season 2, is awaiting the death of her aging husband when the show picks back up in Season 2. When Parrilla gets to do what she does best, which is to be cruel in a lighthearted way, she does so with relish as she did for the entire run of the Evil Queen. With its frothy plot and more grounded in reality than anything else on this list,Desperate Housewives’Marc Cherry wrote the show’s script, which should tell you everything you need to know about the show’s glitz and glam.

If you enjoyed Once Upon a Time but wanted to see more of Oz, you should watch NBC’s Emerald City. There was a short-lived series about a modern-day Dorothy who visits an alternate version of Oz that is much darker and mystical than the one you’re used to. Starting to watch will reveal so many similarities between Once Upon a Time and Emerald City that your mind will spin. How about a sweet witch who seduces you with her charms? Check! Who better to be the Savior of the magical realm than the baby who was smuggled out of it? Check! The fulfillment of a birthday wish that sets the stage for a life-altering journey Check! A hot guy with amnesia even appears in every episode, swinging a sword! After all is said and done, this show may break your heart due to its cancellation after only one season and a slight cliffhanger. Is this yet another production of The Wizard of Oz? That’s correct. Is it still worth checking out for any Oncers? Yes, as well. Tin Man is a retelling of the classic children’s tale that we all know by heart. DG (Zooey Deschanel) is the show’s Dorothy, a waitress who is transported by storm into a strange land known as the Outer Zone, where she meets Glitch (Alan Cumming), the Tin Man (Neal McDonough), and Raw (Raoul Trujillo) while being pursued by a frightening witch named Azkadellia (Kathleen Robertson). In the style of a mid- to late-2000s edgy fantasy, it’s a big mystical adventure that’s also short enough to finish in three sittings. – Allison Picurro IMDb TV users, you can watch this now:

Despite the fact that The Vampire Diaries and Once Upon a Time appear to be worlds apart at first glance, most fans who enjoy one show also enjoy the other. While The Vampire Diaries takes place in a small town where magic and monsters abound, a tight group of teenagers and a few centuries-old vampires fight to keep their community safe from the perils of the supernatural. On Once Upon a Time, the overarching magical storylines predominate, whereas on The Vampire Diaries, the love stories drive the narrative. Those who were Captain Swan or Rumbelle shippers will undoubtedly fall head over heels for the ships on TVD. Be aware that most of the relationships on this show involve at least one love triangle, so while you were sure that Snow White and Prince Charming would end up together on Once Upon a Time, you’ll be far less certain about the fate of your Vampire Diaries OTP. Netflix’s Italian series, Luna Nera, is now available for those of you who simply cannot get enough witches. This series, set in the 17th century, centers on a young woman who is falsely accused of being a witch and forced to flee from the villagers who want to have her burned at the stake. Ade eventually seeks refuge with a group of witches who guard the portal between the living and the dead because, as it turns out, witchcraft is very real. Even though this series has an obvious younger audience in mind, it also explores darker themes like witchcraft and the repression of women that goes hand in hand with it. Although there is an English dub for this show, it is always preferable to watch it with subtitles!

Tell Me a Story is a great choice if you want to stay in the fairytale realm. Similar to ABC Family’s Once Upon a Time, this CBS All Access original reimagines well-known fairy tales for a contemporary audience. Toy Story is based on three classic fairy tales: Hansel and Gretel, Little Red Riding Hood and The Three Little Pigs. The stories all intertwine against the gritty backdrop of New York City during Season 1. A lot darker than Once Upon a Time, this show also features Dania Ramirez and Michael Raymond James, so you’ll recognize them right away. The Evil Regals are needed! Those who love Regina Mills, the Evil Queen, should put their lives on hold to watch Lost Girl as soon as possible. A bisexual succubus (Anna Silk) navigates her city’s magical factions and deadly politics in this series, which follows Bo (Anna Silk). When it comes to the people she cares about, Bo is just like Regina. She’s good at heart, but she has a dark side. It’s safe to say that fans of Once Upon a Time who enjoy strong female characters, hot romances (and LGBTQ inclusion for you Swan Queen shippers), and a fabulous wardrobe will love this new series.

Is there ever a time when you wished Emma had spent more time on the show solving murders? Then Grimm should be your go-to show. In a world where mythological beasts from fairytales lurk in the shadows, a homicide detective discovers he is descended from a long line of Grimms, protectors of the human world who keep the beasties at bay.. While Tell Me a Story takes a fairytale and grounds it in reality, Grimm definitely takes a more fantasy-first approach to things, with various magical creatures appearing on a weekly basis (and sometimes obscure). In earlier seasons, the show did lean heavily on procedural elements, so expect to feel like you’re watching something like Special Victims Unit or Law & Order: Criminal Intent. In order to have Red Riding Hood, Snow White, the Mad Hatter, and the Wicked Witch of the West all share the same world (kind of) and have their stories intertwine, Once Upon a Time’s writers had to do a great deal of world-building. For this reason, we recommend Avatar: The Last Airbender to anyone who enjoys stories set in fantastical worlds. This animated series, set in a world where “benders” control the four elements, features some of the best world-building and attention to details we’ve ever seen. As the world’s savior embarks on an epic journey to master his powers and restore equilibrium, this rich mythology is perfectly interwoven into the serialized storyline. Despite the fact that the show’s target demographic tends to be younger, it appeals to a wide range of viewers.