One of the armies of Liones, the Seven Deadly Sins are an elite unit under their command. Each person has a past sin that they are ashamed about.

The Seven Deadly Sins, comprised of the strongest Holy Knights in the Kingdom of Liones, were founded following the vision of the King of Liones to guard against the rebirth of the Ten Commandments in all of Britannia. Each of the seven deadly sins has a moniker derived from the moral failings of the acts for which they have been found guilty, and they all have the tattoo of a beast on their back. 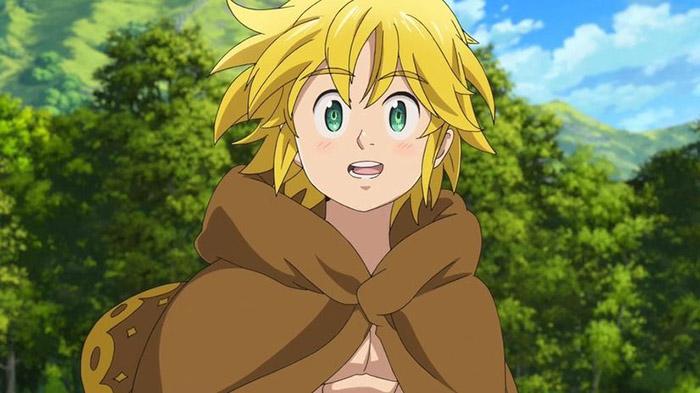 The Demon King’s eldest son and previous leader of the Ten Commandments, Meliodas, is the Dragon’s Sin of Wrath and commander of the Seven Deadly Sins. Meliodas betrays the Ten Commandments by cutting links with the Demon race in order to pursue his love for Elizabeth, a member of the Goddess race. When Meliodas failed to protect Liz at Danafor, forcing him to lose control and wreak havoc on the city, he was dubbed the Sin of Wrath.

Full Counter, Meliodas’ special power, allowing him to deflect incoming magic strikes back at their source. This makes him a near-impossible threat. Meliodas, cursed by the Demon King to rise from the dead, is never completely defeated, even when he loses a fight. There will be a giant queen in the future: Diane the Serpent’s Sin of Envy. Diane was concerned about Matrona’s desire to make her the strongest Giant warrior, despite the fact that giants thrive on combat. Diane and Matrona were ambushed after being tricked into helping the Liones knights in their fight against the savages. Diane, the scapegoat, is found guilty of the murders of Matrona and the knights and imprisoned for the sin of enmity for having betrayed her mentor.

Gideon, a monstrous War Hammer made for giants, is Diane’s Sacred Treasure. Diane can summon immense power from the Giant fighting style of dance and her unique talent Creation, which allows her to form the earth as she pleases, by shaking the ground on which her foes are standing. 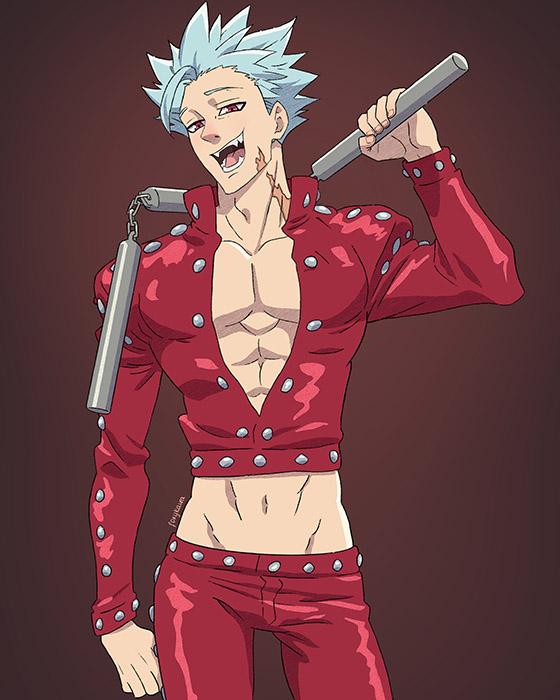 Ban, the Fox’s Sin of Greed, is a human who has been given the power of eternal life. Ban, a thief, went to the Fairy King’s Forest in search of the Fountain of Youth as a bandit. When a demon attacked the forest, Ban, who had fallen in love with Elaine, the fountain’s guardian saint, fought to save it. Ban was the last survivor of the Fairy King’s Forest’s destruction after gaining immortality to slay the demon. Ban was wrongly branded as the Sin of Greed because of the devastation he caused to the forest in his quest for immortality.

The Holy Rod Courechouse, a four-section rod connected by chains, is Ban’s Sacred Treasure. Snatch, Ban’s particular ability, allows him to rob physical things of their motion and steal the physical skills of others in order to greatly enhance his own power level. The Grizzly bear’s sin of laziness is carried out by the Fairy King Harlequin, or King. When King, the Fairy King’s woodland protector, failed to save his best friend Helbram from a gang of humans selling fairy wings, he fled to the human realm. After he was assaulted, King lost all of his memories. Helbram went on a killing spree for the following 500 years, nearly igniting a war between fairies and humans in the process. The reign of Helbram came to an end when King regained his memory, but he spent years in prison for his fault of laziness.

Sacred Tree in the Fairy King’s Forest, the Spirit Spear Chastiefol, is a spear forged from this tree. Disaster allows King to manipulate the natural state of Chastiefol, allowing him to pull out the Spirit Spear’s power and alter it into many forms. When a powerful wizard was imprisoned in a Demon Prison, Gowther, the Goat’s Sin of Lust doll served as a proxy. Gowther’s creator permitted him to live his own life once he was freed from his restraints. It wasn’t long before Gowther and Nadja were inseparable. Nadja, on the other hand, was terminally ill. Gowther made an attempt to resurrect Nadja by giving her his heart. Misunderstood for sexual immorality, Gowther’s acts were blamed for her death and dubbed the Sin of Lust.

When summoning the Twin Bow Herritt, Gowther has access to two purple light energy bows that he can use at any time. Gowther’s particular ability, Invasion, a power that manipulates the mind and influences the spirit, can be extended by Herritt.

Britannia’s greatest wizard is Merlin, the Boar’s Sin of Gluttony. When Merlin was born in the wizard capital of Belialuin, the goddesses and devils noticed his boundless magic level. As a reward for recruiting Merlin to their side in the Holy War, the Demon King and Supreme Deity lavished her with gifts. In his hunger for knowledge, Merlin took both the benefits of the gods and the tricks they offered him. It was because of Belialuin’s acts that all of Belialuin’s citizens were killed except for Merlin, who has a limitless life source.

Known as the Morning Star Aldan, Merlin’s Sacred Treasure is a crystal sphere through which she channels her magic. Merlin’s spells last an eternity thanks to Aldan’s special talent, Infinity. Merlin’s power is completely incomprehensible, thanks to his unlimited magic and infinite spells. 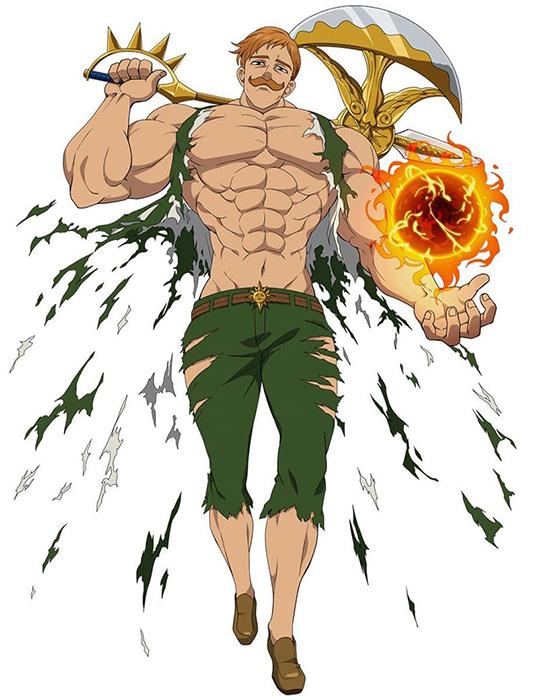 the strongest Holy Knight in the Lioness kingdom is Escanor, the Lion’s Sin of Pride As a result of his uncanny abilities, the cursed youngster was exiled from his royal family. While traveling from town to town, Escanor helped those in need, but was usually frightened because of his unusual appearance. Escanor was awarded the Sin of Pride for disrespecting the King of Liones, who accused him of destroying the communities he had saved.

Escanor is the strongest man alive, armed with the Divine Axe Rhitta and his particular talent, Sunshine, the Sacred Treasure he carries within. Mael, the Archangel, was given the gift of sunshine by the Supreme Deity, and it was passed on to Escanor. When Escanor’s might reaches its pinnacle at noon, it’s impossible to comprehend. When his power manifests, he becomes unstoppable, yet his strength dwindles as the sun sets.