Character archetypes in anime have long ranged from the good and honorable to the evil and depraved.

Then there are those that don’t give a rat’s behind about what other people think.

They’re snarky, brazen, and prone to hurling insults with little to no remorse.

“Facts don’t care about your feelings,” stated a famous intellectual once. For these blunt and arrogant personalities it’s the same as for everyone else.

There are a few anime characters you’d like to have in your social circle, but you don’t want to get into an argument with. It’s no secret that the Monogatari Series is a strange, complex, and humorous anime at the same time to those who have already seen it.

Another plus: every character has their own distinct personality quirks, which I think is what drew in the most die-hard fans in the first place.

Senjougahara, for example, is one of these weird personalities with no filter when it comes to conversing with others.

For the most part, this is done in the name of affection.

As long as she doesn’t get into a fight with Araragi, she’s happy to call out any other girls that he has a disagreement with.

Many anime fans dislike Sakura’s character and her actions (or lack thereof) in the series, and this is no secret.

However, in my perspective, she was still able to hold her own given the quality of her colleagues.

Being a third wheel to two of anime’s most famous competitors is a challenging job, as we now know. Sakura, on the other hand, was able to provide in some way.

Sakura’s boldness was already established in early episodes of the anime, which added to my fascination with her.

Do you recall her “Inner Sakura” monologues? Back in the day… 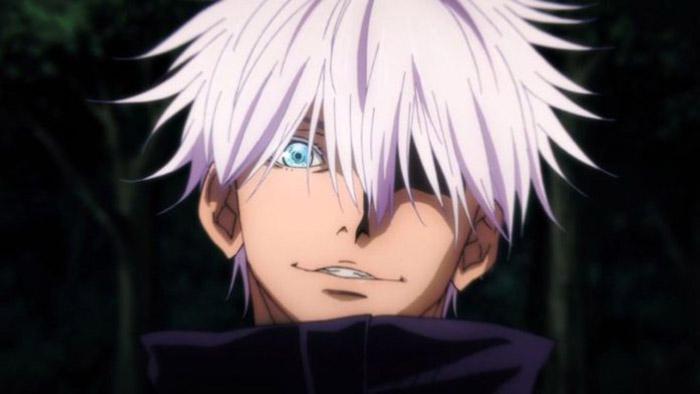 When it comes to verbal assaults, even cursed spirits aren’t immune from him.

So with that, we say goodbye to Jogo, our boy. After being labelled weak in front of others, he never really recovered, did he?

Every now and again, though, Gojou’s reckless behavior toward his fellow sorcerers gets him into trouble, whether he intends to or not.

Gintama is a Japanese anime series.

Despite what she may appear to be, she’s anything but what she seems.

This “ultra-hot” Chinese girl is one of anime’s most brutal and humorous female characters.

She, along with Gintoki and Shinpachi, is one of the show’s primary protagonists, known for her quick wit and blunt demeanor.

As a young woman, she’s also prone to getting into fights with her friends and even strangers over the tiniest of issues.

The fact that she has these characteristics doesn’t diminish her ability to be the perfect third member of the famed trio.

All three of those are just hilarious. A common trait of strong anime characters is their tendency to be blunt and impolite.

There is no exception to this rule in the “Tornado of Terror”.

Tatsumaki, despite her diminutive stature, enjoys behaving as if she’s more powerful than her fellow heroes and even the Hero Association’s staff.

Saitama, who was previously subjected to such a savage roasting by Tatsumaki that he needed Genos to intervene on his behalf, gets a special mention.

The rest is history, as everyone knows.

The verbal ferocity of psychics puzzles me.

Slightly different from his fellow espers, Saiki is just as cheeky as Tatsumaki.

His inner voice is always ready with a sarcastic remark or a call to action anytime someone in the vicinity does something wrong or weird.

For someone in one of the funniest manga/anime franchises in history, there are plenty of characters for him to poke fun at.

Much to his chagrin and our delight. Despite the fact that Pokémon is aimed towards children, Chloe nonetheless managed to be the series’ Sass Queen.

When she’s around Ash and Goh, she’s usually the calm one. As if that wasn’t bad enough, her one-liners and amusing comments keep them under control.

We all know Ash is the type of kid who needs to be reined in from time to time since he’s so out of control and stubborn.

This is actually more than “once in a while,” now that I reflect on it.

This Wonderful World Is Blessings from God!

Aqua is the funniest goddess in all of anime, whether you like her or not.

Aqua has one more title than Eris has, thus she may be the superior goddess after all.

In addition to her comedic talents, Aqua’s charm comes from the fact that she doesn’t hold back when she speaks.

It wasn’t until after he died that Kazuma learned that Aqua had degraded him in front of him and was grilling him about how he had lived and died.

Sadly for Aqua, Kazuma would exact his vengeance and finally pay back whatever he had taken, which made their regular back and forths extremely entertaining to watch. A free licence to do whatever you want seems reasonable if you’re the literal goddess of your own universe.

As a result, Haruhi Suzumiya is the most powerful figure on this list, as she has the power to create and destroy whole universes at will.

If you don’t believe her at first, you can see her haughty and assertive attitude in how she acts around others.

Her impulsiveness, egotism, and bluntness make her an ideal candidate for this sassy list.

As a result, she won’t even hesitate to point fingers at other characters, even when she’s the one at fault.

Now that is what I call intransigence.

The “best female” of the entire NGA series is at the top of our list.

The subject of Shinji’s love life has spawned countless debates on the internet, as all of his potential suitors are equally attractive.

However, to Asuka’s credit, she possesses a unique advantage over the majority of her rivals.

Of course, I’m referring about her potentially lethal doses of sass.

Because of her spontaneity and caustic attitude to interacting with others, Asuka is a popular character with fans.

Suffice it to say, she’s a stickler. And, on occasion, downright insensitive — although, given her troubled past, we can’t really blame her for these things.