Other than ‘Stranger Things,’ the world can be quite bizarre. These seven productions will demonstrate your point without a doubt.

Various things define Stranger Things, a new original series on Netflix. All the classic horror tropes from the 1980s are present in this show, which brings back fond memories for those who grew up in the ’80s. Even if you weren’t alive at the time, this sci-fi horror film will give you a taste of what life was like back then. Fans of 1980s television couldn’t get enough of Stranger Things when it premiered in 2016. The show quickly became a smash hit with viewers of all ages.

When it comes to Stranger Things, Winona Ryder and David Harbour star alongside Millie Bobby Brown and Gaten Matarazzo. Caleb McLaughlin and Noah Schnapp also appear on the show. They are also the showrunners of the show, Ross and Matt Duffer, who created the series.

In Strangers Things, there are countless small details that add up to a remarkable story. It’s the combination of a tight-knit group of extraordinary and fascinating kids on an adrenaline-pumping adventure, retro-style cinematography, music, attention-grabbing effects, and the excellent acting from the young cast that makes this series so compelling. Stranger Things season 4’s latest teaser aired a few weeks ago, and since then, fans have been left with a slew of unanswered questions. So, here’s what I’ve come up with: This is a good time to catch up on the previous seasons if you haven’t done so already. If you’ve already seen it and are anxiously awaiting the next season, why not look into other shows with a similar tone to keep your mind off things?

This list of the top seven shows that are similar to Stranger Things is sure to make you fall in love with them as much as you did with the Hawkins, Indiana, teen gang again. Twin Peaks is a cult classic as well as a popular television mystery-horror series.

Some scenes in Stranger Things are clearly influenced by Twin Peaks.

Twin Peaks, created by Mark Frost and David Lynch, follows FBI Special Agent Dale Cooper and the town’s sheriff, Harry S. Truman, as they begin investigating the murder of a young local girl in the eerie Twin Peaks. The first season of the show premiered in 1990 and ended in 1991 due to low ratings. The show was revived for a third season in 2017 after a 25-year hiatus by the show’s creators. Twin Peaks is well-known for its ensemble cast, which includes, among others, actors like Kyle MacLachlan, Michael Ontkean, Mädchen Amick, Dana Ashbrook, Richard Beymer, and Lara Flynn Boyle, as well as actresses like Sherilyn Fenn and Peggy Lipton.

Not only is Twin Peaks a must-see for Stranger Things fans, but it’s a must-see for anyone who enjoys dark mysteries. Twin Peaks, like Hawkins, is plagued by bizarre, unsettling events that hint at the existence of a parallel dimension known as the Upside Down. It’s bizarre, outlandish, campy, and offbeat, and it’s a gold standard in the genre of vintage horror thrillers in general. Watch it if you can. It’ll take your breath away. Sydney Novak (Sophia Lillis) in I Am Not Okay With This will appeal to fans of Stranger Things’ Eleven. Both shows have one thing in common, however.

This is something that bothers me. This is fundamentally a dark comedy about adolescent coming-of-age. The Netflix original series focuses on a teenage girl who gains telekinetic abilities in a lighthearted way. Meanwhile, she must deal with the challenges of high school life, teen emotions, and sexuality while also coming to terms with her father’s suicide. Like the deepest possible dive into adolescence, it’s fascinating.

Jonathan Entwistle and Christy Hall created the Netflix original comedy series, which is based on Charles Forsman’s eponymous comic book series. Lillis, Wyatt Oleff, Sofia Bryant, Maya Spreckman, and Kathleen Rose Perkins all have significant roles in the show’s third season. Even though I Am Not Okay With This isn’t quite like Stranger Things, it’s a similarly entertaining and light story with a sci-fi undertone that will keep you hooked. Locke & Key, based on Joe Hill and Gabriel Rodriguez’s comic book series of the same name, tells the story of the magical exploits of the Locke family. A murder in the family leaves his widow and three children scrambling to find a new place to live in the small town of Matheson, Massachusetts. Unexpected keys found around the house lead to fantastical adventures and close encounters with demonic entities for the kids. The kids have to figure out what’s going on with the keys and stop the demon’s plans before it’s too late.

Locke & Key was renewed for a second season by Netflix after its first season was a big success. The new season will premiere in October 2021. Among the show’s major players are Darby Stanchfield, Connor Jessup and Emilia Jones, along with Jackson Robert Scott, Laysla De Oliveira and Petrice Jones. Locke & Key and Stranger Things have a lot in common. To begin, both shows follow a group of children on a supernatural, horror adventure. Fans would enjoy both shows because they have a similar gripping storyline. Put your mind on Stranger Things’ Upside Down, but ten times scarier! Intrigued? This Franco-Belgian thriller, like Hawkins, is set in a small town that serves as the story’s premise. Zone Blanche, also known as Black Spot, is a French crime drama that centers on the investigation of a prosecutor sent to investigate a sudden rise in the murder rate in a small town. The prosecutor, as well as you, will soon discover that the forests surrounding the town are full of sinister secrets. Even the local police chief’s kidnapping and subsequent chaining in those forests appears to be connected somehow.

A lot of suspense and dread fills the pages of Black Spot. There are elements of local mythology and the supernatural in this crime drama, which makes it easy to binge watch. The supernatural thriller, which premiered in 2017, has already completed two seasons to great acclaim, and a third is on the way. Similar to Stranger Things, but darker, is another European thriller series on the way.

When a young girl goes missing from her small town, Dark begins with a suspenseful mystery. More of these disappearances will occur in the near future. This is a series that is a puzzle in and of itself because it is not about one family but about many, set in different eras but linked by common events.

In Dark, there are no monsters from another world or aliens like in Stranger Things. Time travel and other complex theories and themes are central to the story, which will have you questioning everything you’ve ever known about life, the universe, and everything you’ve ever seen. The show’s narrative is strong, and it delivers on its promise of shaking things up in your head. A total of 26 episodes were produced for the German-language original series, which aired from 2017 to 2020. So, you’re good to go for the time being. Stranger Things’ Eleven is a lot like the young woman in The OA, who has a murky past that she must unravel. Following Prairie Johnson’s (Brit Marling) seven-year disappearance and subsequent reappearance, the plot unfolds. It’s a puzzle why she was blind as a child but isn’t anymore. She refers to herself as the Original Angel, or OA, and has some unusual scars on her back. Prairie also asserts that she has the ability to open portals to other dimensions. What do you know, it sounds a lot like a certain psychic girl.

Featuring science fiction, fantasy, and the paranormal, The OA is set to deliver a magical and surreal experience similar to that of Stranger Things. The OA, on the other hand, is unlike anything you’ve seen recently. More philosophical than just a sci-fi adventure story, the arc of the main character’s life spans multiple dimensions and universes.

There were two seasons to The OA’s run, which lasted from 2017 to 2019, before it was cancelled. After just one season, this supernatural thriller still has a loyal following and is well worth checking out. 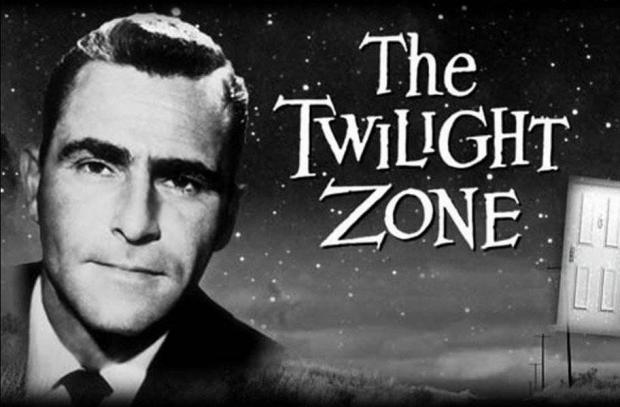 For those who like science fiction and fantasy, one of the first series that come to mind is The Twilight Zone. This is the definitive supernatural drama series, and it served as a model for countless others. Rod Serling first conceived of the anthology series in 1959. The five-season run of the show came to an end in 1964. After a long hiatus, it was brought back for a second time in 1985-89, 2002-03, and finally in 2019-2020 for a fourth and final time.

In The Twilight Zone, there isn’t a single assumption. Various stories from various genres are explored in each episode, including fantasy, science fiction, dystopian novellas, suspense, horror and supernatural tales, as well as black comedies and psychological thrillers. As a result of this series, we now have a plethora of modern-day fantasy supernatural tropes to enjoy. Stranger Things and The Twilight Zone may not have any direct parallels, but The Twilight Zone will open your eyes to the bigger picture.