Cinema has been obsessed with the idea of space travel from its inception. George Méliès’ 1902 film, Le Voyage dans la lune, carried viewers to the moon 67 years before Neil Armstrong touched foot there. Méliès’ first science fiction film shows explorers crash into Earth’s closest neighbor in a rocket fired out of a cannon, and then face off against the insectoid inhabitants.

A century and a half of scientific progress has changed the look of the space movie dramatically. Cinematic depictions of space travel are constantly evolving. During the height of the space race, sci-fi films projected an optimistic vision of the future into outer space. In the 1970s, a more ominous picture emerged, reflecting the growing social and political unrest in the real world. After the release of Star Wars, a more imaginative and action-packed view of space became the standard.

Space flight has seen a dramatic transformation in cinematic perception in the recent decade. However, although the Guardians of the Galaxy films and the Star Trek and Star Wars reboots have focused on the excitement, many others, notably Gravity (2013) and The Martian (2015), have dealt with the dangers of space travel becoming more widespread in an age of re-experimentation. There has been an increase in interest in the possibility of finding a new home for humanity if we exhaust the Earth, as seen in Interstellar (2014) and this year’s Voyagers.

Méliès’ fascination with the cosmos, however, has not faded since the days of his films. And how might the answers alter our perceptions of the world – or our own? With its realistic portrayal of science and psychology in outer space, Ikarie XB-1 was an anomaly in a time when films about interstellar travel typically envisioned a utopian future where food would be abundant and no star system would be too far away. Czech director Jindrich Polák’s film is based on Stanislaw Lem’s novel The Magellanic Cloud, which tells the story of a crew that travels at light speed to a white planet orbiting Alpha Centauri.

Resources and leisure time are plentiful on board the Ikarie but there are drawbacks. The team will have traveled for 28 months, but because of the laws of relativity, their loved ones will have aged by 15 years by the time they arrive back on Earth. Meanwhile, several members of the crew are beginning to question their sanity due to cabin fever and the high radiation levels in space. With Stanley Kubrick praising Ikarie XB-1 as “a half step higher from your usual science fiction film” in 1968’s 2001: A Space Odyssey, it’s safe to say the film had an impact on the master director.

Stanley Kubrick’s 2001, a film that revealed what was possible in sci-fi cinema, remains to be a reference point for every film dealing with space exploration. Kubrick and sci-fi novelist Arthur C. Clarke spent nearly two years developing the concept, and the filmmaker only began filming in December 1965 and finished the effects in March 1968, far after the story had been finalized.

2001 luxuriates in its space sequences, beautiful ballets of sound and movement paired to classical music, whether it is a commercial voyage to the moon or a classified long-range expedition to Jupiter. Stanley Kubrick’s 2001 visual effects won him an Academy Award, despite the fact that he has never won a best director Oscar. The film’s representation of space travel, which was achieved practically by a combination of model work, large sets, and perfect photographic projection, is still immaculate more than half a century later. All sickness and poverty have been eradicated from the planet at some point in the future. The last of its woods are now housed in geodesic domes orbiting Saturn, indicating that it appears to have such little regard for the natural world left. Botanist Freeman Lowell (Bruce Dern) is obsessed with tending to three of these huge gardens on the spacecraft Valley Forge until an order comes in to destroy them — an order Lowell defies by murdering his fellow crew members and taking the ship into deepspace.

Silent Running has a lingering influence of the 1960s ideallism. The directorial debut of effects supervisor Douglas Trumbull in 2001 has Joan Baez-inspired flower-power interludes and a tour through Saturn’s rings that has shades of an acid trip. However, the predominant mood is one of new-wave pessimism, ala the 1970s. With his environmentalist dream crumbling around him, Lowell is left alone and haunted by feelings of guilt and loneliness over the lives he has taken in the name of the “greatergood.”

George Lucas’s third sci-fi film, which was released in the 1970s, took a refreshingly youthful approach to the genre. After an epic battle among the stars, Star Wars would depict a universe where humans (and Wookiees) have mastered space travel, allowing them to jump from one habitable planet to the next at the press of a button.

When it comes to space travel, Star Wars doesn’t even give a second thought to real-world physical or existential considerations. In comparison to 2001: A Space Odyssey, Star Wars is more like the Brothers Grimm’s fairy tales.” At the time, Lucas said, “The word for this movie is fun.” The beat-up freighters and junky ship interiors in this proto-blockbuster suggest a more hardscrabble life in space than Flash Gordon could have imagined. Almost everyone could fly a spaceship by the time Ridley Scott created this groundbreaking sci-fi horror film. In Alien, the astronauts gripe about their bonuses and the quality of their food. They’re currently transporting 20 million tons of mineral ore back to the surface of the Earth. To avoid being laid off, the Nostromo crew strays from their intended course and crashes on a nearby “primordial” moon, where they accidentally bring back the universe’s fiercest apexpredator.

After that, Scott’s movie turns like a haunted house in space, as H.R. Giger’s ominous xenomorph begins to exterminate the crew one by one. All but one of the sequels, prequels, and series crossovers that would follow Alien were set predominantly on Earth. Originals are notoriously unnerving due to the protagonists’ seeming inability to escape; what awaits them outside the ship’s limits is no less hostile as the voracious visitor.

Apollo 13 was released at a time when space flight had suddenly become a thing of the past to a society that was more concerned with solving problems on the earth. At first, the TV networks give little attention to the Apollo 13 mission until astronauts Jim Lovell, Fred Haise and Jack Swigert are in grave peril as they return from an attempted lunar landing in Ron Howard’s Apollo 13 film.

At the height of CGI’s dominance in space movies, Apollo 13 stands out as a stunningly realistic experience. As a result of the film’s reliance on digital effects, miniatures and replica sets of spaceships are used extensively throughout the production. Howard shot on a modified NASA training plane known as the ‘Vomit Comet,’ which would put performers in a simulated zero-G environment for just 20 seconds at a time. Icarus II, a flying bomb, is dispatched to the center of our solar system to save Earth from the chill of a solar winter (the first Icarus having become lost after it flew literally too close to the sun). They are tasked with reviving our fading star with a nuclear strike. Sunshine may have a ridiculous premise, but screenwriter Alex Garland and science advisor BrianCox have merged their scientific and philosophical imaginations to create it.

To what extent do the beliefs and fallibilities of the crew affect the outcome of the long-distance space voyage? Cillian Murphy’s Capa (a sensitive physicist) and surly engineer Mace (a surly engineer) are constantly at odds because of their opposing ideologies of emotion and pragmatism (Chris Evans). Corazon’s (Michelle Yeoh) oxygen garden is destroyed when navigator Trey (Benedict Wong) miscalculates, leaving him suicidal and her heartbroken. Some crew members succumb to the allure of the scorching sun when confronted with the lonesome blackness of deep space. Some see a terrifying celestial body, while others see God.

First Man is both a dramatization of the American space race and a biopic of a mythical figure: Neil Armstrong (Ryan Gosling), the first man to walk on the moon, is the focus of the film. It is depicted here that the Apollo astronauts are just like any other suburban family men, husbands and fathers, with the exception of Armstrong, who is the most ordinary of the bunch.

Furthermore, NASA’s historic missions to the Moon and Mars have been reimagined from the perspective of astronauts like Neil Armstrong, whose cockpit is filled with creaking metal and analogue technology. Damien Chazelle’s fourth movie, La La Land, features a docu-style, yet the ethereal score by Justin Hurwitz and several fluid space shots show that there is also a melodic grace to the film. Unpoetic men are the subject of a poetic film. 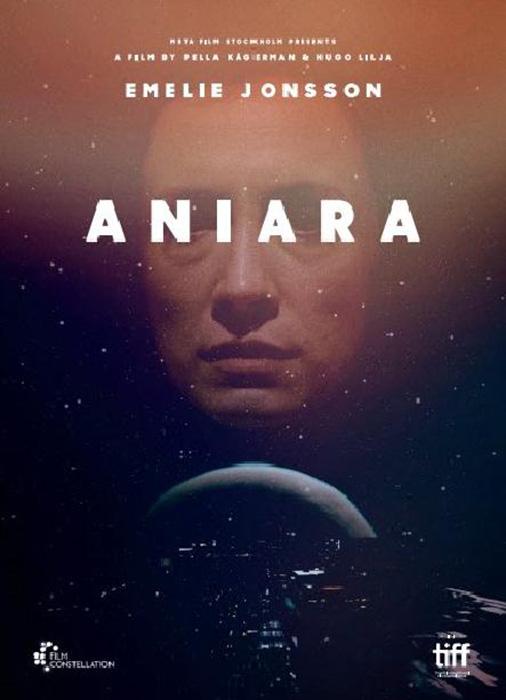 Aniara, directed by Claire Denis and released in the same year as her unsettling sci-fi oddity High Life, is its even more depressing half-sibling. According to Pella Kagerman and Hugo Lilja’s film based on Harry Martinson’s epic poem, a luxury civilian spacecraft destined for Mars is left cruising through space without rudder or a way to turn around after an accident.

In time, the passengers of the Aniara’s micro-society disintegrates, High-Rise-style, with hedonism and cultish new religions becoming the new religions of choice. Then, as their finances and their faith in a better future diminish, they give in to hopelessness. However, Aniara differs from previous examples such as Pandorum (2009) or Alien: Covenant (2017) because it focuses solely on existential horror rather than mass transportation gone catastrophically wrong. Almost every film about space travel concludes with a hero or heroine overcoming insurmountable challenges to discover the meaning of life in the vacuum of space. Not this one.

Director James Gray’s latest film, Ad Astra, is a sci-fi heart-of-darkness about one of his signature troubled men. Rather than Brad Pitt’s usual angst and father issues, this time they’re directed at an astronaut. To find Tommy Lee Jones, a bright scientist who had been missing for sixteen years, Major Roy McBride of the US Space Command sets out on a globe-trotting quest around the solar system’s early phases of colonization.

As the setting for a story about family strife, Gray’s lonesome and cynical portrayal of late 21st-century space as a commercialized wild west is stunning. There will be a branch of Subway on the moon, as well as multimedia exhibits that recreate the wonders of Earth in Mars’ underground bunkers, in this future. In a low-gravity environment, warring tribes will also invent new ways to kill each other. In Ad Astra, whether on Earth or in space, humans remain stubbornly human.