This list of ten political films includes everything from biopics about campaign leaders to innovative reinterpretations of the past (and even more imaginative projections of the future). Sean Penn plays Harvey Milk, a passionate American homosexual rights activist who became a public figure in the late ’70s after being the first openly gay person elected to public office in the state of California. Just 30 years after Milk was shot dead in San Francisco for speaking out against the intolerance of his political opponents in order to secure a better future for the gay community in the city and across the United States, the film, for which Penn won an Oscar for Best Actor, opened to critical acclaim. Gus Van Sant uses Milk’s old camera business on Castro Street as a location for the film’s scenes.

While the Cold War was still raging, Stanley Kubrick would be the one to savagely satirize Western fears of the atomic bomb. When an unauthorised nuclear strike on the Soviet Union is undertaken without the President’s approval by an unnamed general, Peter Sellers plays three different characters in this black-and-white piece of comic genius. Politicians and military officers with intriguing names join together to explain the chaos of the 1950s world. Based on Alan Moore’s graphic novel V for Vendetta, V for Vendetta is a film set in the year 2020. With the help of Natalie Portman’s female accomplice, a masked vigilante, the protagonist strives to topple the authoritarian British government. V’s Guy Fawkes masks have been adopted by hacktivist group Anonymous as a symbol of their anti-capitalist stance. The Wachowski twins, who previously directed the Matrix trilogy, were given the task of writing the film’s screenplay, making it exciting to watch while maintaining a serious political tone.

Spike Lee had always wanted to direct a major picture about Malcolm Little’s legacy, and when the public insisted that a black director take charge, he jumped at the opportunity. While Martin Luther King Jr.’s more moderate approach to the civil rights movement was well-known, Denzel Washington’s portrayal of Malcolm X in Lee’s film provides a more extreme alternative to the movement’s leader. To some extent, Malcolm X’s autobiography, published in 1965, solidified his status as a legendary defender of the black race, and director Spike Lee’s 1992 film is a loving tribute to the man and his political vision. 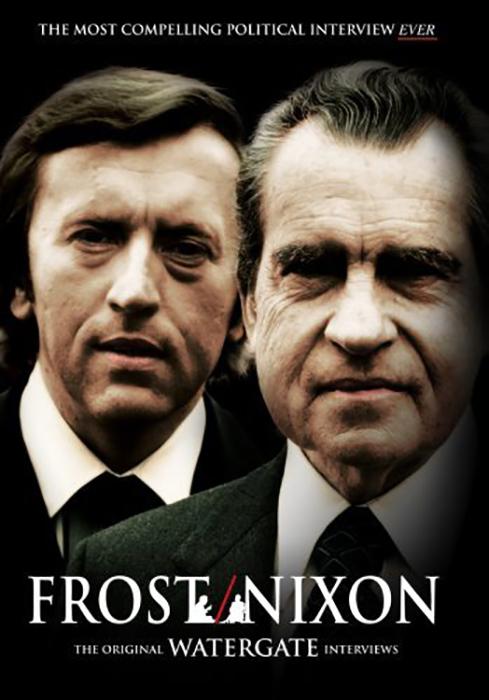 As a British talk show host, David Frost decides to take on Richard Nixon in a series of interviews and bring him to justice over the Watergate scandal. Michael Sheen, known for his accurate portrayals of historical figures like Tony Blair and Brian Clough, continues in this vein as he assumes the role of Frost. When Frost secures an interview with Nixon, he must next break through Nixon’s rock-solid wall to extract a confession from him. There may be a few inaccuracies here and there, but the picture cannot be faulted for the tension generated by this pair of strong personalities and the intensity of their psychological war.

Giulio Andreotti, a powerful Italian politician before Silvio Berlusconi, was likewise guilty of abusing his position of authority. In Paolo Sorrentino’s biopic, one of the most enduring political personalities of the 20th century, who served as president of his country for seven consecutive terms, is examined in depth. To emphasize Andreotti’s guilt and frame him for the crimes he allegedly committed, including conspiring with the Mafia during his time in government, Sorrentino uses camera and lighting techniques throughout the film. As depicted by Toni Servillo, Andreotti’s caricatured features are perfectly re-created as well as a lighter, more human aspect is shown. Augusto Pinochet was ousted from power in 1988 after losing a referendum on his future as president of Chile. No mention is made of the process that led to that momentous occasion, instead focused solely on the opposition’s ingenious advertising effort. Ad executive Gael Garca Bernal gives the ‘no’ campaign new vitality, a role he has previously played under the direction of Pedro Almodóvar and Alejandro González Iárritu. To give the video a vintage feel, the director used a low-definition magnetic tape, giving it an appearance that resembled that of television news footage from the era.

In The King’s Speech, George VI, one of Britain’s less well-known monarchs, is brought to life in a way that’s both historically accurate and wildly entertaining. They are seeking for someone to lead them, but the stuttering King isn’t exactly what they were hoping for as Britain prepares to go to war with Germany. Desperate for him to prove himself worthy to the nation, his queen Elizabeth (played brilliantly by Helena Bonham Carter) arranges for him to meet with a speech-therapist (played by Geoffrey Rush), who makes substantial progress with him ahead of the most critical radio-address. With four Oscars, including Best Picture and Best Actor for Colin Firth as the king, the film was a resounding success in 2011. However, Recount has all the makings of a big-screen political thriller despite its limited theatrical release. Following the 2000 American presidential election, a docudrama retells the fascinating events surrounding George W. Bush’s victory over Al Gore and the controversy over vote counting in the state of Florida. Al Gore strategists are asking for a recount of the votes and going all the way to the Supreme Court as they seek justice for their respective leaders. Both Laura Dern and Kevin Spacey shine as the confident Florida secretary of state Katherine Harris, who was ultimately responsible for Bush’s election.

While Nicholas Garrigan is a fictional character, he is entangled with the reality of Idi Amin’s regime, which was responsible for a human rights catastrophe in Uganda during this time period. Dr. Garrigan never expected to be hired as Amin’s personal physician when he arrived in Uganda on a medical mission. His initial attraction to this monarch with an affinity for grand-sounding titles (one of which was “Last King of Scotland”) faded as he began to see the oppression and political oppression that the dictator was inflicting on his subjects. He began to look for ways out. As the Ugandan tyrant, Forest Whitaker was praised as the greatest actor of the year by reviewers, and he won both a Golden Globe and an Oscar for his performance.