Summer’s hottest days are drawing to a close. Temperatures in San Diego will remain high for some time, however. Watching a nature film is a great way to cool off while still taking in the great outdoors. For the work we do to bring nature into our workplaces and homes, we pay special attention to movies reflecting the natural world in which we live and work.

“Man vs. nature” movies aren’t our favorite genre of film. Leonardo DiCaprio in “The Revenant” is a good comparison. Humans are vulnerable to the harshness and dangers of nature. Awe-inspiring landscape, science, and creatures—as well as how people interact with them—are what we really want to witness in these films. This is the central idea behind the biophilia hypothesis. Seeing it on the big screen makes it all the more real.

Among them, these are the best. Feature-length narratives as well as low-budget documentaries were all considered. Who has the time to watch Discovery Channel and Animal Planet or stream all types of nature programming on Netflix or Hulu? We guarantee you won’t be disappointed if you check out these suggestions.

Grizzly bears mauled Timothy Treadwell and Amie Huguenard to death in October 2003, and this was their last known photograph. about amateur grizzly bear expert Timothy Treadwell and his calling in an Alaskan nature reserve to live with a troop of wild grizzly bears. For this film, Herzog used some of Treadwell’s own home video recordings. Treadwell was an environmentalist who had a strong desire to explore the world. However, he was also slightly insane. He was convinced he had made it possible for humans to coexist peacefully with bears. A bear killed him and his lover after 13 years of living with them. It happened in October, right around the time the bears start gathering food in preparation for the winter. My father and I were filming grizzly bears five miles east of Treadwell’s camp the next spring. At the time, I had no idea who he was or what his story was. Video cameras were operating from Treadwell’s tent at the time, and the entire attack was recorded because the lens caps were still on. One of nature’s harsh truths: eat or be eaten, as the saying goes. Amazon Prime, iTunes, and Google Play all provide streaming music services.

He’s going to Antarctica this time. McMurdo Research Station, the United States’ largest Antarctic research facility, is where he lives. To learn about Antarctica’s natural beauties, Herzog focuses on both its bleak terrain and those scientists who are ready to leave civilization and face hard living conditions to do so. There’s Amazon Prime, Netflix, and YouTube. This is another Antarctica-based documentary that you’ve likely seen. The Emperor penguins of the South Pole return to their breeding grounds at the end of each Antarctic summer. It’s a fascinating tale of their journey through the tundra and the struggle to raise a newborn penguin chick in the difficult conditions. It was nominated for an Oscar in 2005 for Best Documentary Film.

When it comes to his documentary Samsara (2012), filmmaker Ron Fricke relies on the images and music to do most of the talking. Throughout addition to the Himalayas and the American Southwest, he also visits European cathedrals and other stunning landmarks in his travels across 25 nations. In total, it was five years in the making. As the name “Samsara” translates from Sanskrit, “Wandering” refers. It is one of the few 70 mm films made in the last 40 years. It was considered one of the ten most beautiful films ever by both Cinefix and Taste of Cinema (along with Lawrence of Arabia and 2001: A Space Odyssey). iTunes and Amazon Prime Video. Reese Witherspoon portrays Cheryl Strayed, a fictional character based on a real-life person. She sets off on a solo trek over the Pacific Coast Trail in the wake of the loss of her mother. It’s a long and arduous path, especially for those who have no prior training or expertise. I enjoy the fact that Cheryl Strayed was able to heal herself by returning to nature, and that she did so naturally. There’s Amazon Prime, Netflix, and YouTube.

In Dr. Seuss, we can always rely on a dose of reality. In 1971, he published a children’s book called “The Lorax” to show his displeasure with the environmental devastation humans were causing. Lorax speaks out against the “Once-ler” on behalf of the trees. It wasn’t until 2012 that it was turned into a film. Although many people prefer the book, the film made the book’s message more widely known. Zac Efron (who portrays 12-year-old Ted, whose name is the same as my son’s), Taylor Swift, and Danny DeVito all lend their voices to the film, which tells the story of a man named The Lorax who, until he sees his error, lets money erode his respect for nature. As you may have guessed, this isn’t the most unusual of choices! Although the film is packed with songs and laughter at times, it actually tells the story of the Circle of Life—which to me is just another way to explain Nature. A wildebeest stampede is even blamed for the death of Simba’s lion father, Mufasa, in the film. This is the sixth highest-earning animated picture of all time in terms of box office revenue. A new live-action CGI version is currently in development by Disney.

Another film set in Alaska, this time presenting the true story of a man who seeks out a life in the wilderness in order to discover his life’s purpose. A recent college grad from a rich household is the subject of Sean Penn’s latest film. They are shocked when he dumps all of his belongings and flees. It’s based on a book by Jon Krakauer, who has published a number of novels about real-life wilderness adventures. It was a book I read many years ago and quite enjoyed 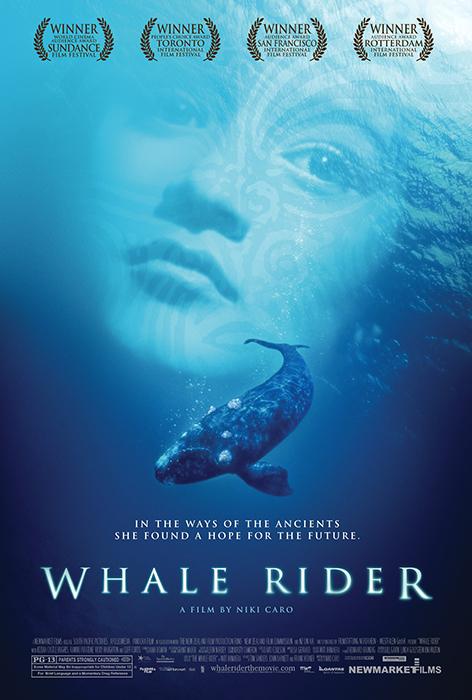 is a film about a young Maori woman’s journey through the world. Nature and the significance of the southern right whales to her and her entire tribe are the focus of this book, which examines her relationship with nature. As a result of Pai bringing the whales to safety, she assumes the leadership role typically held for men. In the end, it is the wisdom of nature that prevails. Showtime and Amazon Prime

This BBC television series was an exception to the rule. The mountains, plains, jungles, forests, tunnels, and fields of ice are all included in each episode. There is no better way to experience nature than by seeing it in motion. It takes 400 minutes of original film to make just one minute of footage we see on the screen. Each episode is a stand-alone story. As of 2027, there will be a “Planet Earth II” and a “Planet Earth III.” Netflix, Amazon Prime, and YouTube

Is there a favorite that we haven’t included? Share a link with us and our followers on our Facebook page!