Moviegoers have long been drawn to tales in which a valiant hero triumphs over a villainous foe. Cinematographers are aware that, no matter how complicated a plot may be or how gorgeous the cinematography, a story needs to have an interesting protagonist.

Over time, both the characters in movies and the people who watch them have evolved, making certain heroes and villains less black-and-white. In any good film, the universality of their achievement and the motivating sensation that we experience from witnessing them overcome their worries remains.

Because of their courage and their capacity to remain true, we chose to rank these great heroes in order of importance. No matter what the character’s circumstances (or even the film’s genre) may be, there are always heroes to be found. When a character in a film is killed brutally and without mercy, it’s hard not to get angry. He, like many of us, was eager to begin a fresh chapter in his life, free of the burdens of the past.

However, some incredibly stupid villains made the incredibly stupid error of interfering with the adorable dog that his recently deceased wife had left him… Then he embarks on one of the most vicious canine vengeance rampages ever filmed. Everybody loves him, including the canines.

A hero can come in a variety of shapes, sizes, and personalities, as demonstrated by Annie Walker. Annie has to deal with her own fears when they manifest around the wedding of her best friend in this raucous comedy.

She’s witty, honest, and a lot of fun to be around. Her triumph over adversity is made all the more satisfying for the viewer by these additional components. 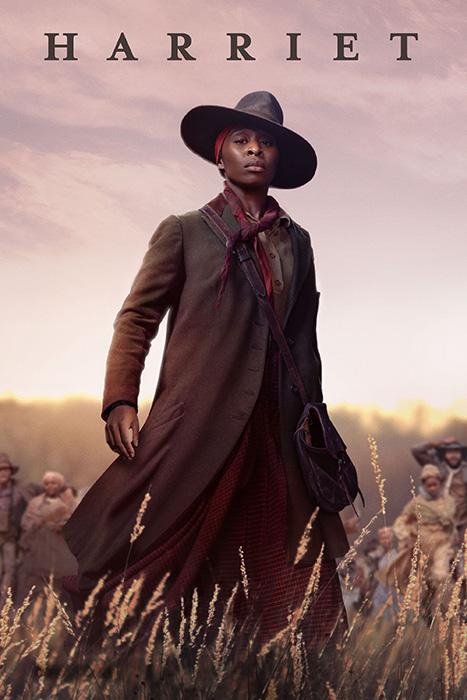 One of the only true people to make this list is a bravery hero who was overlooked for far too long. So much is revealed in this biography about how Harriet Tubman became the abolitionist, slave savior, and suffragette she is today.

Brave choices are made by a heroic character in this film, often putting her own life and well-being at risk for a greater good. Because of this, her story of perseverance has lasted for so long.

While working as a normal computer programmer, Neo discovers that he has the power of peace. He’s given the option of taking either the fabled red or blue pill. His heroism shines through, though, as he makes the difficult decision to leave his old life behind and follow his destiny.

For some reason, watching him transform into the most powerful matter-controlling human in the Matrix makes him fascinating.

Robert McCall wasn’t interested in becoming a hero. Having a life that most people would consider to be very humdrum was more than enough for him. However, after a close friend was harmed and left in the hospital, he decided to right the wrongs.

When the baddies don’t cooperate, he morphs into a highly competent, killing machine. You can’t help but root for him since he has such a strong moral compass. V for Vendetta’s Evey has a considerably more dynamic plot arc, despite the fact that you may think that V is the protagonist. As soon as we meet V, he has a strategy in place. While he still has obstacles to overcome, he is confident in his ability to do so.

While V’s teaching methods may be questionable at times, Evey discovers her own power throughout the film. By the end, she evolves into V (or herself) and inspires us all to hope that we may accomplish greatness by working toward a better world one small step at a time.

Little Women’s two most popular film adaptations wouldn’t be possible without Jo March. The fact that she didn’t worry as much about fitting in as the other women her generation did was a testament to her foresight as a professional and a creative woman.

In the process of growing up, she and her sisters had to deal with complicated feelings and familial dynamics. An outspoken heroine, she fearlessly defied (pardon the pun) societal norms at the time.

A discussion of iconic heroes would be incomplete without bringing up John McClane. “Die Hard” was truly a bottle of lightning.

Since McClane was so courageous, a whole organization of highly skilled terrorists has been stopped in their tracks and made responsible (sometimes by death at McClane’s hands) for their crimes. He’s more of a Christmas hero than Santa Claus to many people. Of course, numerous actors have taken on the role of James Bond over the years, each bringing a unique energy to the job. But in “Quantum of Solace,” we see Bond’s humanity for the first time, and it elevates the character. He is smitten with her. He suffers a heartbreak. To put it another way: He’s not simply an expert assassin who’s also gorgeous and charismatic (not to mention competent). There are various ways he can be hurt.

Daniel Craig’s portrayal of James Bond in this latest film is nothing short of heroic.

Because he’s a man (although a millionaire, but still a human being), Bruce Wayne gets a pass on this list of “superheroes” because he chooses to make a difference in the world around him. His heroism is largely defined by the villain (played by Heath Ledger) against whom he is pitted in this film.

That this hero places such high value on human life and does everything in his ability to avoid harming others while on his quest for protection and vengeance is quite amazing.

It’s a different matter when you can’t see the enemy. To face an adversary who uses their strength in ways you can’t anticipate is another thing entirely. As it turns out, Chris Washington in “Get Out” has to deal with just such a dilemma.

Getting out of his dangerous (and deeply prejudiced) surroundings will require him to first find the power within himself to emerge from his psyche’s dark recesses. Every step of his trip is engrossing. 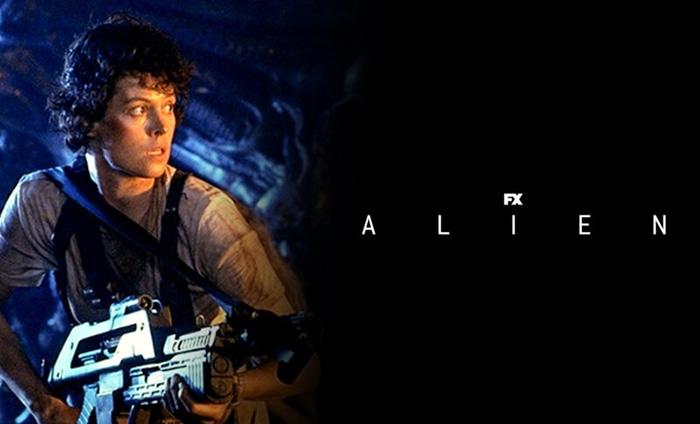 When it comes to action movie heroines, Ripley is one of the most recognizable. In addition to the sequel, “Aliens,” there have been a slew of associated comic books and computer games based on her character.

Her heroism has a far-reaching influence.

Ever since the first “Mission: Impossible” hit the big screen, it seems as if a new film in the series is being released every few years. Ethan Hunt’s humanity and dedication are what keep us coming back for more in the sequels. Aside from that, the themes and plot points are constantly fresh and current.

Nonetheless, this initial film is what started it all. While the narratives may get more complex, the hero at the core of it remains as easy to support.

Those who went to see “Mad Max: Fury Road” expecting to see more of Mad Max may have been disappointed when Furiosa takes over the majority of the screen time and plot.

It converted this rocking futuristic apocalyptic action film into one that tells a fiercely feminine story, with a fierce female director who you love for every step of the way, but that choice actually made the movie substantially more intriguing. Indiana Jones, one of cinema’s most enduring great heroes, valiantly confronted a slew of obstacles with a combination of cunning, humor, and physical prowess.

Moreover, he did it in the name of history’s righteous side and the abolition of the Nazi regime. People flocked to support him because he was so relatable and easy to root for (and continued to do so in the multiple sequels that followed).

A hero is someone who is willing to go to great lengths to accomplish a noble purpose. When you first meet Cassie, she appears to be an indifferent barista during the day and a drunk victim at night. However, it doesn’t take long until you find that Cassie has very obvious and laudable motive to correct the wrongs done to her closest friend.

Ultimately, she is willing to sacrifice herself in order to ensure that her buddy receives the justice that she has long craved for.

Maximus, despite his prowess as a warrior, longed for a peaceful existence. This is not, however, how the world works. He had to fight his way out of the shadows of the gladiatorial dungeons to face the tyrant Commodus and bring Rome the democracy his assassinated father had envisioned.

Moviegoers will be entertained throughout the entire film, thanks in large part to his moral compass and his genuinely inspirational attitude. 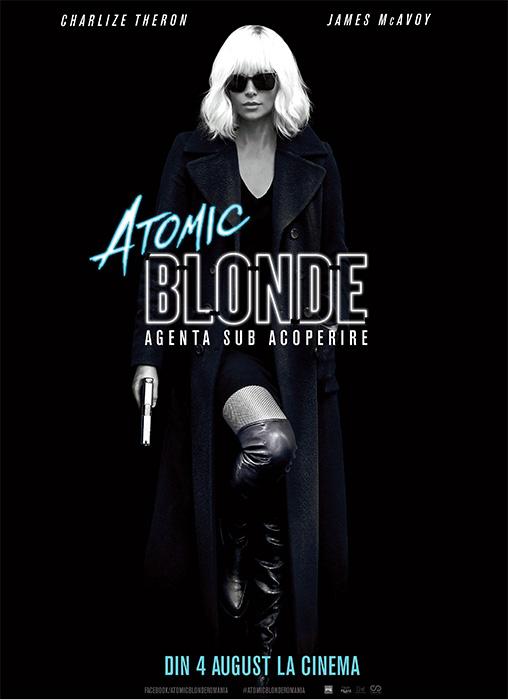 When it comes to this list, Lorraine Broughton stands out because she’s just as formidable and intriguing as any other great hero.

However, despite her lack of size, she is just as morally virtuous and clearly more threatening than any of the large-muscled guys who are generally portrayed as movie heroes.

It’s one thing to be an android who develops emotional intelligence and is able to improve on its original programming. Being a woman who has foreseen the future and the sacrifices she must make to preserve humanity is one thing; being a woman who is willing to give everything she has in the process is quite another.

A hero before her time, Sarah Connor was an inspiration. And her ice-cold resolve has lasted the test of time, as have her wonderfully jacked arms.

The “Star Wars” sagas have many heroes, but Luke Skywalker is the first. As a result, he stands out as one of the most honorable and memorable characters. He comes from humble beginnings as a farmer, but he soon discovers he has a special connection to the vast power of the world.

Luke, on the other hand, rejects the temptation to turn to the dark side, despite the fact that certain members of his family have done so in the past. He, on the other hand, gives people reason to be optimistic. After he got so well-known, his story spawned a multitude of spinoffs and eventually became a multibillion-dollar business.