A good documentary can frequently offer a voice to those who otherwise have no one to speak for them. Here are 12 films that shed light on civilizations from around the world, ranging from huge nations to small villages and tribes. Baraka has become one of the most successful and respected films about human life around the world, shot in 25 countries on six continents. Rather of relying on a standard storyline or voiceover, this piece functions as a “guided meditation on humanity.” When used sparingly, time-lapse and slow motion photography aids in the viewer’s observation of the various cultures depicted in this video.

The lives of some of the children who live in Calcutta’s red light district, where their mothers work as prostitutes, are depicted in this Oscar-winning movie. Zana Briski made the clip as part of her photography project. She gave some of the youngsters cameras, and they were able to shoot much of the film’s material, allowing for a more intimate look at life in the neighborhood. The tenacity of these children is also demonstrated in the film. The Israeli-Palestinian conflict is frequently shown in the news, yet the conflict itself has little concern for the people that live there. Here, Emad Burnat, a self-taught Palestinian cameraman, gives a detailed, first-hand account of his life and the non-violent protests in the West Bank village of Bil’in. As Burnat’s cameras changed over time, the film is divided into five episodes that depict how things changed and how they continue to change in the area.

It’s not uncommon to see a film depicting the favelas of Brazil in a tragic context. It’s the story of an ex-drug smuggler who is plagued by the deaths of many of his family and friends in Favela Rising. However, the documentary also illustrates how hip-hop music and Afro-Brazilian dance fueled the community’s social movement. It’s a film about adversity and the possibility of redemption. Three Sudanese boys are followed in this documentary as they attempt to immigrate to the United States. In 1983, a second civil war occurred in Sudan, displacing around 200,000 “Lost Boys of Sudan,” who were forced to flee. A large number of them spent years roaming through sub-Saharan Africa looking for a better life. While they were displaced, the refugees built a new community and tried to maintain their old lifestyles.

For a long time, Bhutan was one of the world’s poorest countries. The introduction of television in 1999 had a significant impact on the country. Peyangki, an eight-year-old girl who lives in a remote Himalayan community, is surrounded by joy. Prior to being sent to the monastery, he sets off on a long journey to see his sister in the capital city. Bhutanese village life is depicted in its latter stages, as well as the wonderment of a young kid who sees modern technology for the first time.

Among the Ju’/hoansi bushmen of southern Africa, John Marshall has spent more than half of his life. One of the most highly regarded ethnographic documentaries, it shows how the bushmen’s way of life changed under Apartheid, when Namibia gained its independence, and in the wake of globalization. It’s also a five-decade anthropological investigation on a single family. Marshall was able to break down the preconceptions and stereotypes of these “primitive” people because he spent so much time with the family. 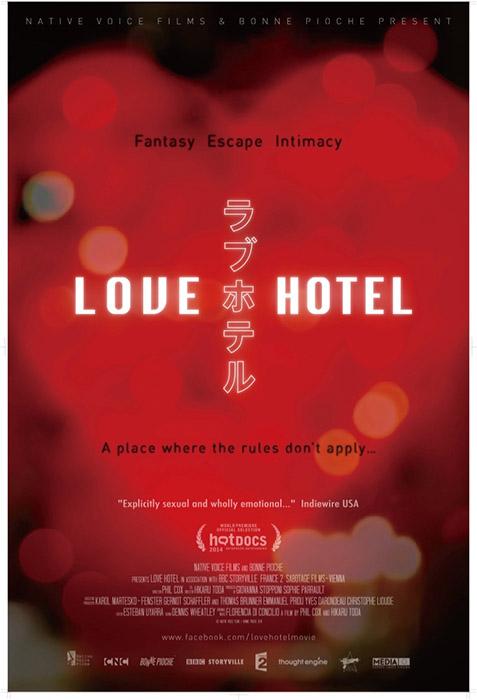 It may appear on the surface that Japan is an ultra-modern society, yet it is also one of the most socially conservative. This is where Osaka’s Angelo Love Hotel comes in, since it caters to both singles and couples wishing to rekindle their romance by providing a safe haven, seclusion, or a stage for them to act out their desires. The film provides insight into the daily lives of a diverse group of hotel guests and employees, but at its core, it is a study of Japanese conservatism.

A year in the life of an Inuit hunter and his family is depicted in Robert J. Flaherty’s silent masterpiece. Nanook’s daily activities, such as looking for food and traveling, are followed by the viewers. Docudrama and the seminal ethnographic cinema were introduced in this groundbreaking film. In the past, audiences had never been given the opportunity to see an isolated civilization up up and personal. Errol Morris, despite the fact that his films are relatively new, is nonetheless one of the fathers of modern documentary film. Although Florida may not appear to be the most culturally abstract region on the planet, this snapshot of the little village in the northwest of the state tells us that microcultures can be found everywhere. However, Morris was unable to secure the interviews necessary to portray the story of Vernon residents who had their limbs amputated for insurance fraud. A rich tapestry of the various eccentricities that populate small-town America was instead produced by him.

Isolation is placed into perspective in this beautiful short. There are just 59 residents in this settlement in northern Greenland, where the film was shot. They can only be accessible by helicopter for much of the year and must rely on hunting and fishing for food. They spend long periods of time in full darkness or complete light. It’s a paradise for some, but a death knell for others. Despite its tragic subject matter, War/Dance is a visually stunning and spiritually uplifting picture. The story revolves around three youngsters who are being guarded by the military from a terrorist gang that has been fighting the Ugandan government for decades. These young people are terrified, but they have have reason to hope, because they want to compete in Kampala’s national song and dance competition. Preparation and fear are both examined in relation to this competition in this short video, which shows how they can feed into each other.