Let’s just say this is some much-deserved reward for all of you, my loyal readers!

So here’s the truth: As a result, I’m scrambling to come up with anything to write about in order to meet my two-posts-per-week goal. My plan is to write about something I had in mind for almost a month and has been sitting in my drafts ever since. But since I have nothing else to add, I’ll just go with this. Touko is dubbed the “Ultimate writing prodigy” for a reason. Even so, her social abilities are so lacking that she regards herself as an outsider. As a result, she suffers from a lack of trust and a tendency to self-victimize. Nevertheless, when she is around the guy she likes, she is quite subservient. She refers to him as “Master” whenever she sees him. The only time Virgo exhibits any emotion is when she talks about “punishment,” one of Lucy’s summons. She asks to be “punished” on a regular basis and dresses in erotically provocative ways to fulfill her want. In one case, she nonchalantly mentioned that she was torturing herself in her free time by tying herself up in ropes. When she says stuff like “ecchi” with a straight face, it’s kind of amusing.

Ghouls are creatures who can regrow their bodies at an incredible rate. As a result, the majority of ghouls exhibit some degree of masochism. Among these ghouls, Eto, however, reigns supreme. When Kaneki chopped her in half, she smiled happily and declared her love for him. Those that take the road aren’t like the rest of us. She takes enjoyment from watching people’ reactions to her being tortured, rather than directly from the agony itself. She even goes so far as to get herself impaled and tortured in order to achieve her goal. She thinks the hardship they’re going through is worth it.

Satou’s Aunt (yes, they don’t give her name) has a mind of her own like the rest of the characters in this anime. She feels that love is meant to alleviate the suffering of the person she cares about. That doesn’t mean, though, that she doesn’t believe in extending her love to everyone.

It’s no surprise that she’s mostly covered in bandages as a result of her constant willingness to offer herself to complete strangers and entice them in order to fulfill all of their “needs” and alleviate their burdens.

For example, near the end of the show, she is seen blaming her niece for a murder and other crimes, because she believes that too is love and that she should be held responsible for them. 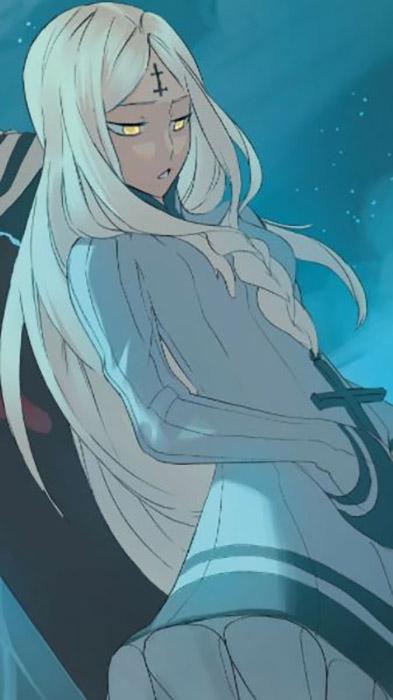 First impressions show Ulmina to be a compassionate and honest young woman who believes in God wholeheartedly. Also, the way she dresses hints at the idea. Her motives aren’t only selfish; they’re also motivated by her own ambitions, which she serves as an excuse for her crimes against humanity. Even though she hasn’t had much time on screen yet, we can sense her passion for pain in her attempt to draw the MC’s evil energy into her own body. That event was clearly a pleasure for her, based on her facial expression and sultry voice. As evidenced by the comment she made when the MC’s companions rescued him from her, she treated him as nothing more than an object of pleasure. ‘Return that jet-black soul right away,’ she ordered. “I’m the owner of this.”

This anime’s protagonist Gintoki criticizes Sarutobi, a ninja who is infatuated with him. In front of our eyes, he is constantly shoving her away. Even in the anime, she is referred to be a pervert, stalker, and masochistic ninja. As a result, whenever she encounters Gintoki, she’s eager to engage in sex acts with him. 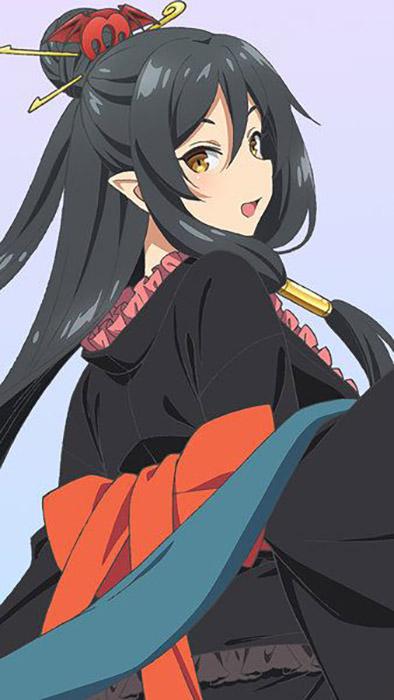 When Tio was first presented, she was shown as a terrifying dragon who was wreaking havoc. In the end, she was knocked out by a large pole thrust down her pants (literally). That’s a good thing she was transformed into a dragon. In other words, she reverted to her old wicked and masochistic self. If this is the case, then her mind was being manipulated and she was being compelled to attack innocents. Since then, she’s called him “Master,” and he’s the only person in her life.

This list would be incomplete without mentioning the presence of darkness. She has a reputation for doing this kind of thing. Every time the adversary attacks, she is always there to take them on as a meat shield. She is so enamored with it that she is willing to volunteer her time to do it. The enemies would be put off by her clear fondness for insults and torment. In spite of her lack of offensive power, she is able to enjoy being attacked because her defense is so great.