Check out our selection of the 10 greatest anime RPG games for PC if you’re tired of just watching your favorite anime and want to experience what it’s like to be the protagonist with the responsibility of saving the world on your shoulders.

Epic travels, puzzles, emotional storytelling, and even a little bit of terror are all part of the package when it comes to the best anime games. There are a wide range of tones in the greatest anime-inspired games like manga or anime, and they all fall somewhere in between. Regardless of your preferences, there is a wide variety of anime-inspired video games to choose from. The player assumes the role of a Luminary, a silent protagonist, in this Dragon Quest game. In the midst of the rite of passage, he discovers that he is the reincarnation of a hero who saved the world. In order to defend Erdrea, he and some new comrades he’s met now have a job to carry out. When it comes to classic JRPGs, Dragon Quest XI features everything you could possibly want in one package, including the ability to play in 2D mode, which makes it look like it’s an entirely new game.

The story takes place on Eos, a planet that resembles our own. In order to get control of a magical Crystal guarded by the Lucian royal family, the Niflhemian empire governs the planet. King Regis was assassinated, the crystal had been stolen, Noctis and Lunafreya had been believed dead, and the Lucian heir Noctis was about to marry his beloved Lunafreya. Now, Noctis must gather the strength and allies necessary to uncover the truth and reclaim the crystal and the crown. If you’re a fan of role-playing games, Final Fantasy is a game you’re likely to come across and play at some point in your gaming career. As a long-running series, it’s good to see it adapt with the times while still retaining the essential qualities that make up a Final Fantasy game.

Television and anime shows frequently feature courtroom dramas. We’ve all seen a ferocious attorney argue his case in court. When a talented young lawyer discovers even the most insignificant piece of evidence, we can only watch in awe. Evidence that could mean the difference between a lifetime of freedom and a lifetime in jail. It’s an anime game that lets us play the role of a judge in a courtroom. Putting your knowledge to the test in front of a judge and jury is nothing short of an exhilarating experience. In the thrilling melodrama of novice Phoenix’s major court battles, your razor-sharp arguments and cries of “Take that!” and “Hold it!” stun your adversary.

Many people believe that online role-playing games, such as World of Warcraft and World of Warcraft Online, are highly grindy. However, TERA differs from the others. It’s hard to believe that TERA’s action fighting system has been in development for nearly a decade. The game has a high learning curve and needs a lot of expertise. As the game progresses, you’ll find it much easier to deal with the enormous animals that roam the wide world. The best MMORPGs can also be found on our list of the top 10. Mechanics from another planet have taken over humanity. An army of androids has been constructed by humans in a last-ditch bid to recover the planet. There are three distinct characters that can be played by a single user: 2B (the android), 9S (the android), and A2 (the android). As a result of the game’s several subchapters and possible outcomes, NieR: Automata is incredibly replayable. If you’re looking to delve deep into a bleak future world, Nier: Automata is the game for you.

Free-to-play role-playing game Genshin Impact is unlike anything else we’ve ever encountered. Co-op and cross-play are also supported, and there is just a minor paywall to contend with. It’s an anime game, so that’s an added bonus. When you compare this game’s open-world gameplay to Breath of the Wild anime, you get a sense of how important it is to this game’s narrative. Everywhere you look in this open world, you’ll find camps of enemies to be cleared out, puzzles to be solved using environmental abilities, resources to build and cook with. It’s possible to play Teyvat with up to three pals thanks to cross-play and co-op compatibility. Action role-playing game Dragon Ball Z: Kakarot is based on Dragon Ball Z. Play as Goku and the rest of the Z fighters as they battle through the anime’s many stories, starting with Saiyan Saga and finishing with the Majin Buu Saga.. Playing as Goku and the rest of the Dragon Ball Z crew will be a lifelong fantasy for anyone who grew up watching the show. As if you were viewing the anime again, but this time as Goku. This Dragon Ball game is a departure from the formulaic storytelling of earlier games in the series. Short intermissions between sagas will let players to spend time exploring and preparing for the next big storyline objective, as well as engaging in things like cooking and searching for food in the wilderness

As a bold, satisfying JRPG with a huge heart, Ni No Kuni 2: Revenant Kingdom departs from its brilliant predecessor in more ways than one. A new city management gameplay loop and random battles replace Studio Ghibli’s turn-based combat this time around. In comparison to the classic turn-based combat of the preceding Ni No Kuni, the quick, fluid battle is an improvement. The characters and environments appear to be hand-painted, but closer investigation reveals a number of discrepancies. That charm extends to the entire experience in Ni No Kuni 2, which includes some of the most interesting villages in a video game. 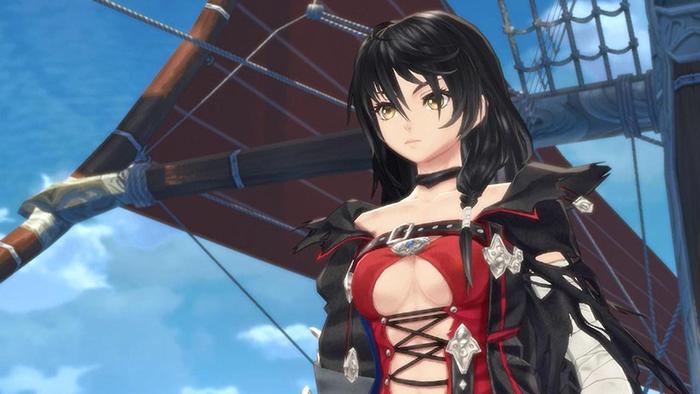 If you’re looking for a traditional JRPG with a strong anime influence, Tales of Berseria checks all the boxes. Even if the 60-hour campaign isn’t entirely original, the emotional story is what keeps you invested throughout. This is a first for the Tales of Berseria series, and it’s one that will stick in our minds. The female protagonist is relentlessly fierce as she goes on a mission to avenge her brother’s death by taking down the man who killed him. Tales of Berseria may sound predictable, but the twists and turns will have you guessing till the end.