More than a hundred films have been made on World War I. Which one is the best, based on IMDb?

This subject has appeared in a variety of ways on the big screen, including violent fights, moral quandaries and horrific deaths. A talented filmmaker is needed to bring the stories of the First World War to life in a meaningful way in a film.

As early as 1917, movies about World War I were being released, even as the conflict was still going on. From the 1940s to the ’60s, the majority of films with high IMDb rankings were released. War and humanity are explored in these films, which generally show the frontlines of WWI or the effects it has on troops and their families. 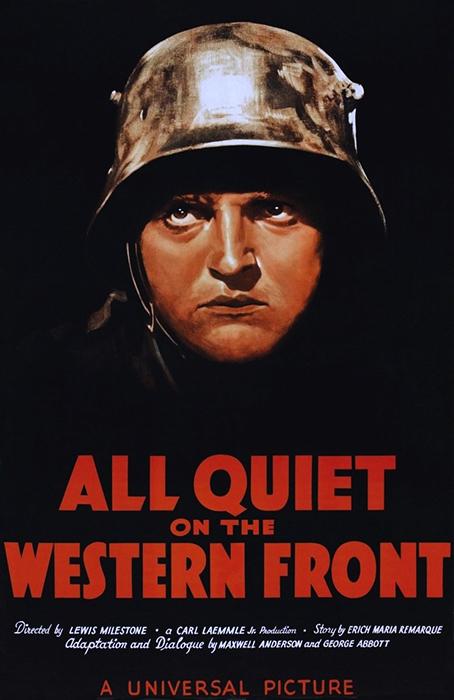 Based on the book All Quiet on the Western Front, this anti-war film is an American production. A group of German boys are pushed to enlist by their instructor in this film by Lewis Milestone. Their expectations were shattered when they arrived on the battlefield. That remarkable first line from the corporal, “You are going to be soldiers—and that is all,” would gradually sink in.

The film makes no apologies for depicting the horrors of war. In a stark contrast to the way war is promoted to young people, this film depicts what it’s like to be a soldier on the front lines. Viewers become just as horrified as the characters who return home to cheering audiences and supporters of the war effort as they follow the route of the enthusiastic boys who develop into dead or jaded men.

Forest of the Hanged, directed by Romanian Liviu Ciulei, transports viewers to the Austro-Hungarian front during World War One. When Lieutenant Apostol Bologa decides to execute a Czech soldier for desertion, he is torn over whether or not to do so. It is one of the darkest moments in war films when he decides to desert the Habsburgs, questioning his own devotion to them.

Instead of focusing on the broad chaos of war, this film takes a deeper look at the lives of the individuals involved. It is one of the most personal introspective trips into a soldier’s thoughts because of its honest take on the morality of desertion. It’s difficult to watch at times because of the film’s realistic depiction of the muddy countryside and violent fights, but these moments only serve to highlight the unrelenting severity of war. To convey the horrors of the trenches in WWI, the Italian film The Great War used comedy. Two unlikely acquaintances find themselves in the unpleasant position of becoming relay runners in Mario Monicelli’s film. Their allegiance to their side is tested when they are captured and subjected to the cruel treatment of a comic villain.

Even while The Great War employs a light-hearted approach to depicting the horrors of the trenches, it never diminishes or trivializes them. Loyalty and cowardice are topics that are explored in this film, illustrating how the cowardly (often comical) approach is sometimes the greatest option in the face of unfathomable brutality and death.

David Lean directed the critically acclaimed British historical drama Lawrence of Arabia. Lieutenant T.E. Lawrence, a disobedient officer, must undertake a perilous mission to infiltrate a heavily guarded Turkish base, and the film tells his story in dramatic fashion.

One of the greatest war pictures of all time thanks to its excellent musical collection, aesthetically beautiful shots, and intense tale. It’s hard to beat the enormous scope of the combat scenes, but it’s even more difficult to top the amazing character development of the lead character throughout the film. Viewers will never forget the exhilarating moments in the sand dunes as T.E. Lawrence leads his troops under his command—even if they had to sit through the entire film for three hours. British war film 1917 is widely regarded as one of the best war films in recent memory. A message that could save the lives of 1,600 British soldiers is delivered beautifully by director and producer Sam Mendes to the journey of two British soldiers, Tom Blake and Will Schofield.

With a deceptively straightforward premise, the film gradually reveals itself to be less about the message and more about how it’s delivered. Brilliant cinematographic methods and creative editing create the illusion of a single continuous plot in this well-known one-take film. Set piece to set piece, its protagonist learns more and more about the nature of conflict.

The Great Dictator, a comedy-drama starring British comedian Charlie Chaplin, was directed, written, produced, and scored by Chaplin himself. A Jewish man’s tough reintegration into society after spending years in a hospital following his service in WWI is the subject of the first talkie by the usually silent comedian.

While the film isn’t entirely set in WWI, it focuses on the bizarre and rapid changes in society that occurred between the two conflicts. Because more countries were just joining WWI, its satirical depiction of Adolf Hitler was groundbreaking. It is Chaplin’s most political and probably most important satirical work because of its unrepentant comedy and message about the futility of war. In Paths of Glory, Stanley Kubrick’s first step into military machine investigation, the American war picture depicts the machinations of the military. On a suicide expedition against an impregnable German trench, General Mireau and Colonel Dax lead their men.

The absurdity of power in the face of conflict is shown in the anti-war film. Its violent and treacherous leaders are shown as careerists driven by greed for power who will kill for nothing. As the events progress, Kubrick expertly frames them in a way that keeps viewers riveted.

Amid the bleakest conditions of World War I, Mars Na Drinu examines the ebb and flow of human spirit. Brilliantly depicts the overarching narrative of an overpowering assault, but takes enough time to convey the individual experiences of the soldiers who fought in it. When you see the film, you get a clear idea of what drives the soldiers’ feeling of duty and their fear of death. As World War I erupts, Howard Barton and Louise, his fictitious wife, go on the run in the American silent film On Dangerous Ground. They are introduced in an unconventional manner, with the neutral American Howard finding a woman’s suitcase suddenly in his hotel room in Germany by director Robert Thornby. The woman, known only as Louise, is a spy who is frantic to leave the nation.

From the beginning to the end, the heroes’ quest for freedom is thrilling, with every possible turn raising the stakes. On Dangerous Ground, although its romantic narrative, deals with deeper questions of patriotism and commitment. It raises important questions regarding the nature of trust in times of conflict.

Rozika and Carl are two Hungarian twins whose story is told by French director George Fitzmaurice in a silent film called Arms & the Woman. Both Rozika and David migrate to America before WWI begins, where Rozika falls in love and marries David, an American guy. There are complications when the war begins, as David is ordered to build armaments that will target his wife’s native country, Hungary, as well as that of his brother-in-law.

Family and marriage relationships are examined in depth in the film, which examines how conflict affects these relationships. Individual and family sacrifices for the sake of their country are examined in this film. ‘Patriotism’ One can’t help but be shocked by the abrupt transition from pleasant romance to sad strife.