I’ve compiled a definitive list of the top hiking movies for your viewing pleasure. In these hiking films, you’ll find fascinating tales of outdoor adventure from around the globe.

It’s possible that some of the posts on this site will be sponsored. There are affiliate links in this post. If you use my link to make a purchase, I may receive compensation.

Moviegoers will enjoy the captivating plots and stunning landscapes in these hiking adventure films regardless of whether they are based on actual events or are made up. These top hiking movies are great for both experienced hikers and those just getting started. 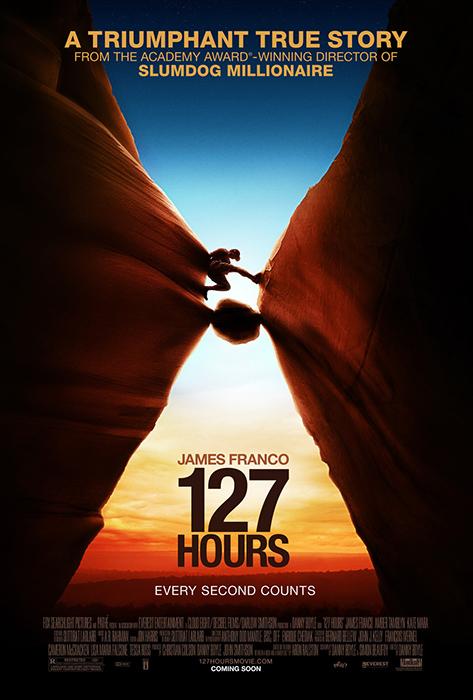 The true story of Aron Ralston is depicted in the film 127 Hours, which stars James Franco. In a remote Utah canyon, he is a mountain climber who becomes stranded after falling under a large boulder. Ralston reflects on his life and the people in it during his five-day ordeal. Amid the chaos, he tries his best to summon the fortitude needed to flee the situation. Between the time of his accident and his rescue, there were 127 hours.

On the 2,173-mile Appalachian Trail in the United States, Appalachian Impressions will take you on an unforgettable hiking adventure. You’ll join filmmaker Mark Flagler on a six-month trekking trip through 14 states. It’s a fascinating account of his encounters with other hikers, as well as the stunning landscape and impressions of small-town America. I guarantee you’ll be planning your next hiking trip after viewing this film! The 1996 Mount Everest disaster serves as the inspiration for the biographical adventure film Everest. The film focuses on two groups of mountaineers who are attempting to reach the top. With no warning, Mount Everest is ravaged by a severe storm that leaves the hikers in unimaginable situations. In order to survive, the two teams will have to deal with extremely difficult conditions. It’s one of the best hiking films ever made. Searching for ways to watch streaming content? You can watch the trekking movie Everest on Netflix at any moment.

Alexander Honnold is the subject of a documentary film called Free Solo. El Capitan, a vertical granite feature in Yosemite National Park, is one of the most difficult climbs in the world. The film focuses on the climb itself, as well as the process of filming and documenting his efforts. How can the filmmakers record footage and audio without disturbing Honnold while he does this risky task? Free Solo, one of the best hiking documentary films, is available to stream on Disney+.

The story of Christopher McCandless is told in the film Into the Wild, which is based on the book of the same name. After hiking across the United States, he made his way to Alaska, where he set up camp and lived in the woods. In order to start on this voyage, he gives up all of his assets and money. “Alexander Supertramp” becomes McCandless’s new moniker, as well as the inspiration for his life’s journey. Meru, a documentary about the first ascent of the “Shark’s Fin” route on Meru Peak in the Himalayas, is one of the best adventure hiking films. After a disastrous effort in 2008, three expert hikers and climbers are determined to make it to the top of Meru Peak. Their third attempt to climb Shark’s Fin, which is a 4000-foot cliff, comes three years later. In order to fulfill their aspirations, will the three climbers conquer this dangerous route?

Mile…Mile and a Half tells the story of a group of friends who set out on the John Muir Trail in California. Mt. Whitney, the highest mountain in the continental United States, may be reached by the John Muir Trail, a 211-mile trek from Yosemite. However, this is one of the best trekking movies since it explores the bonds that can be built through a shared passion in hiking, despite their objective of completing the entire trail in 25 days. Throughout the film, it examines the relationship between the friends and the others they meet.

Documentary filmmakers Casey Gannon and Colin Arisman set out on a year-long trek over the Pacific Crest Trail to chronicle their experience. They chronicled their five-month PCT journey from Mexico to Canada, passing through California, Oregon, and Washington state, with cameras in hand.

Only the Essential, as best as I can determine, can only be viewed on YouTube. It’s good that this incredible documentary is available for free. This blog article includes a direct link to the full-length video, so feel free to watch it now! Southbounders tells the story of a young woman’s journey down the Appalachian Trail as she comes of age. Olivia, the primary character, is a medical student who is having difficulty juggling her academics and personal obligations. A thru-hike of the entire Appalachian Trail is an attempt by Olivia to fully embrace nature, enhance her self-confidence, and begin on a journey of self discovery. You may identify with these folks and their aspirations regardless of whether or not you’ve done a similar voyage in this film.

You can follow five hikers on the Pacific Crest Trail in Tell It On The Mountain, one of the world’s most renowned long-distance treks. Between Mexico and Canada, the journey lasts from April until October. A wide range of terrains are available, including snow-covered mountain passes, parched desert routes, and rushing rivers. With a focus on the hardships of spending nearly half a year in the wilderness, this is one of the best hiking movies ever made. Film Tracks, based on the true experience of a woman’s nine-month trip across the Australian desert, is a dramatic film Four camels and her devoted pet dog accompany her on the 1700-mile journey. An adaptation of Robyn Davidson’s memoir of the same name is the basis for the film. The more popular trekking movies, such Into the Wild and Wild, are bound to have you hooked on Tracks.

One of the best films on hiking is A Walk in the Woods. It’s based on Bill Bryson’s best-selling book. After two decades living in England, Bryson (Robert Redford) returned to the United States. Nature-based activities are the best method for him to reacquaint himself with his native nation. With the help of Stephen Katz, played by Nick Nolte, an old friend, he resolves to complete the entire Appalachian Trail. In this film, the journey is as important as the friendship between two friends as they go out of their regular routines. There are a lot of great hiking movies, but The Way is up there with the best. It focuses on the complex bonds that exist amongst various cultures’ extended families. The body of an adult son (Martin Sheen) is flown back to the United States by his father (Martin Sheen) (Emilio Estevez). He was slain while walking the Camino de Santiago in the Pyrenees (The Way of Saint James). This pilgrimage honors his son’s journeys, even if the father is not an experienced hiker. But he has no idea how the people he meets along the way will change his life forever.

The Long Walk is a memoir that inspired The Way Back, a film based on that memoir. Three men attempt to flee communist Russia in this film. They walk 4000 kilometers from Russia to India, enduring frigid nights, blinding snowstorms, swarms of mosquitoes, and dry deserts, among many other hard situations. Along the way, the three face a slew of problems that go far beyond their quest for freedom. Watch the amazing film Wild if you need some motivation before taking on one of Ontario’s longest hiking paths. The film stars Reese Witherspoon and is based on the memoir of the same name by Cheryl Strayed. Wild tells the story of Cheryl’s journey on the Pacific Crest Trail as an inexperienced hiker following the death of a loved one. It details her physical and mental agony, as well as her personal progress as she went through this process of healing.