This time of year, there’s nothing better than watching a holiday movie to get into a festive mood. Many of our fondest memories come from the comedies that make us laugh, rather than the romantic comedies that tug at our heartstrings. As a result, in honor of the holiday, we’ve compiled a list of the best comedic Christmas movies. Our month’s finest comedies will have you giggling, chuckling, and even singing carols, thanks to everything on this list, from beloved childhood favorites to hilarious new releases. In spite of the abundance of great Christmas comedies on the market, it might be difficult to track down a new one that would elicit the same level of belly laughs and holiday spirit. As a result, Office Christmas Party is guaranteed to become a new classic in years to come. T.J. Miller and Olivia Munn star in this hilarious new comedy, which also stars Jennifer Aniston, Jason Bateman, and Jennifer Aniston. The movie is about a workplace Christmas party, but it’s not your typical one, as the title suggests. Things go hilariously out of hand when an extravagant party is thrown in an attempt to land a customer.

2. How the Grinch Stole Christmas

In Jim Carey’s How the Grinch Stole Christmas, the persona of the Grinch is brought to life. Even though it’s 16 years old, Ron Howard’s legendary Christmas film never gets old. When it comes to playing the green Grinch who wants to ruin Christmas for the people of Whoville, Carey really shines as the wicked, vengeful villain. When the Grinch descends from his mountainside lair to steal all things holiday, he runs with Cindy Lou Who, played by the young Taylor Momsen, who throws a wrench in his plans. This Dr. Seuss adaptation is a fun movie for the whole family. We first met Willie, a department store Santa who was both out of place and uninspiring, in 2003. As Billy Bob Thornton’s Bad Santa and his “Little Helper” attempted to pull off a Christmas crime and loot the business, we laughed at everything we shouldn’t. Thurman Merman has grown up, and he’s still a hoot to watch in 2016. Bad Santa’s mother, Kathy Bates, joins him as they attempt to loot a charity in this latest outing. These black comedy films, which are full of politically incorrect jokes, obscene language, and sex, are best reserved for the holiday season. To get the most out of the experience, we recommend watching both videos in a row.

If you haven’t seen Home Alone, chances are you’ve been hiding under a rock for the last few years. If you’ve already seen it, you’ll be glad to see it again this holiday season for a good old-fashioned laugh. Macaulay Culkin plays a youngster who is unintentionally left home alone for Christmas in John Hughes’ zany picture, which he wrote and produced. Culkin’s character, Kevin, wakes up to find that his large family has flown to Paris for the holidays. Due to Kevin’s family’s absence, Kevin is forced to defend his home from two intruding burglars. When the baddies are finally defeated, you’ll see a flurry of crazy antics that will have you laughing out loud as you cheer on Kevin.

5. Christmas with the Kranks A hilarious film adaptation of John Grisham’s novel Skipping Christmas, Christmas with the Kranks stars Tim Allen, Jamie Lee Curtis, and Dan Aykroyd. As a result of their daughter’s absence from the Kranks’ home for the holiday season, the Kranks decide to forgo the festivities. When the Kranks refuse to take part in the Christmas festivities, tensions between the family and the rest of the town begin to rise. Everything comes to a head when they learn that their daughter will be returning for the holidays, causing a flurry of activity to get them back into the Christmas mood.

When Chris Brander returns to his hometown for the holidays, he runs into folks from his past, which is exactly what happens in the film. It’s Christmas time and Brander (Ryan Reynolds) suddenly heads home for the holidays, only to find himself face-to-face with his high school crush and ex-best pal. After becoming a huge success and a womanizer, Brander sees this meeting as a second chance to meet the girl of his dreams. Although everything goes according to plan, the lead actor soon discovers that he is out of his element in his hometown. 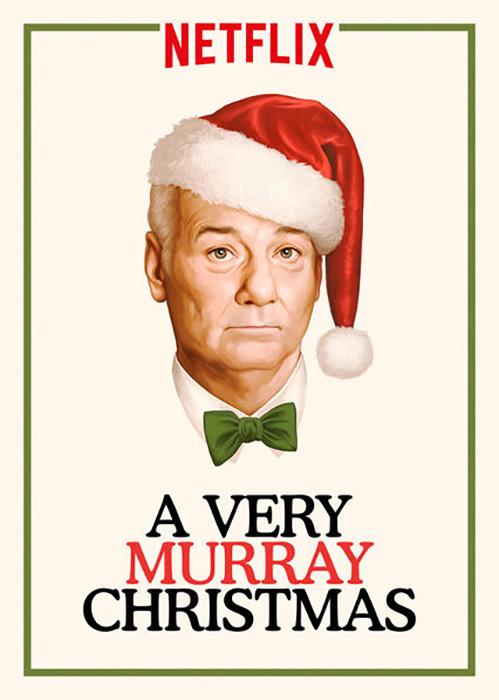 Musical comedy A Very Murray Christmas is a must-see at 56 minutes. Naturally, Bill Murray is the star of the show. New York is blanketed in a massive snowstorm on the morning of the live broadcast of Bill’s holiday TV special. Bill is concerned that many of his guests may be unable to attend the event because of the severe weather. However, with the help of celebrities like George Clooney, Miley Cyrus, Chris Rock, and Amy Poehler, things begin to look up.

Will Ferrel is hilarious as the titular elf in this silly holiday flick. He plays Buddy, a human who was taken to the North Pole as a baby and raised as an Elf. In search of his biological father in New York City, a fully-grown Buddy realizes he no longer belongs among the elves. On his journeys, Buddy encounters a variety of human problems, such as the difficulties of dealing with one’s own family, finding work, falling in love, and trying to fit in. To top it all off, once Santa has a mishap, he’s tasked with saving Christmas. This charming, lighthearted, and joyous video is just what you need to get you in the holiday mood. It’s hard to deny that the films of the National Lampoon are humorous and enjoyed by millions of people, even if they’re not quite intellectual. It’s no different with this year’s Christmas Vacation episode of the series, which is full of lighthearted fun and funny smiles. Chevy Chase reprises his role as Clark Griswold, the patriarch of the Griswold family, in this reunion film. Despite not taking their normal holiday vacation, the family in this film must cope with spending Christmas alone at home. It’s only a matter of time before this year’s Thanksgiving becomes a complete fiasco for your amusement.

Love Actually is the only Christmas rom-com to watch if you’re in the mood. Since the film’s premiere in 2003, it has become a Christmas favorite with audiences praising its unique storytelling style. Nine connected stories about love convey the story of Christmas in London in a light-hearted and heartfelt manner. A young worker falls for the Prime Minister, a married guy considers cheating on his wife, and a sad father reunites with his stepdaughter. The film’s star-studded ensemble is just as impressive as its engrossing story. Big names like Hugh Grant and Colin Firth and Liam Neeson and Keira Knightley and Alan Rickman and Bill Nighy are sprinkled throughout this long list.