There has been a lot of attention paid to the role of the chess board and entertainment in the wake of Netflix’s The Queen’s Gambit. Here are some of the best games-related films!

In order for chess movies to be enjoyable, they must overcome a number of challenges. Firstly, chess is an extremely specialized game. Many people are aware of it, but compared to other popular sports like football and baseball, only a small percentage of the population genuinely “gets into” it.

For one thing, it’s really difficult to film a chess match and make it enjoyable for the viewers, especially if the audience is completely unfamiliar with chess. Fortunately, Netflix’s The Queen’s Gambit has made the game more widely known. Fortunately, there are a lot of outstanding chess movies out there, despite the challenges outlined above. Polish filmmaker ukasz Komicki directed The Coldest Game. With that said, the film is in English and stars Bill Pullman, a worldwide star, as its protagonist.

As a spy thriller and sports movie, The Coldest Game tells the story of former chess champion Joshua Mansky, who is sent to Poland to take on the current Soviet chess champion. A number of chess and Cold War connections are drawn in the film, which is set in the context of the Cuban Missile Crisis.

When the COVID outbreak struck in March, Critical Thinking was one of the several movies whose premieres were canceled. His directorial debut, John Leguizamo stars as a high school teacher who is devoted to his students and their pursuit of chess, Mr. Martinez (Leguizamo).

The Miami Jackson High School chess team is the inspiration for the film. The team beat the odds and became the first inner-city high school chess team to win the United States National Chess Championship. Pawn Sacrifice, starring Tobey Maguire, is another film about chess that is based on actual events. This one is based on Bobby Fischer, a chess master. A chess prodigy, Fischer became a grandmaster at the age of 15 and was widely considered as such.

Pawn Sacrifice tells the story of Fischer’s life and career, culminating in the 1972 World Chess Championship, sometimes known as the “Match of the Century.” For the first time in 24 years, the Soviets were beaten by a non-Soviet in this tournament, and Fischer was crowned world champion.

Bobby Fischer, you’ve been outdone. Magnus is a documentary film that covers Magnus Carlsen’s life and career as a professional chess player. His talent is well-known, and he is currently the World Chess Champion. Carlsen, like Fischer, was a chess prodigy who became a grandmaster at the tender age of 13.

With the help of archive video as well as interviews with Carlsen himself, the documentary reveals his childhood and ascent to chess glory. Anyone who has even a passing interest in the sport should see it. Despite significant budget cuts, the school’s chess team has won numerous awards and tournaments throughout the years. It serves as a reminder of the importance of perseverance, the support of one’s family, and intelligence.

Films based on inspiring actual stories like Queen of Katwe are becoming more common. For this film, the story of Ugandan chess playerPhiona Mutesi was inspired by an ESPN article of the same name. Mutesi was born and raised in Katwe, an impoverished Ugandan slum known for its high crime rate.

However, Mutesi ascended through the ranks and became Uganda’s representative at several Women’s Chess Olympiad. Eventually, she was promoted to the position of Woman Candidate Master after a string of successes. Searching for Bobby Fischer does not follow Bobby Fischer, despite the title. Joshua Waitzkin, a chess prodigy, is the subject of this article. Inspired by Waitzkin’s father’s autobiography, the film follows the young Waitzkin as he makes his way up the ranks of the chess world.

When Waitzkin was 16, he became an International Master after winning the U.S. Junior Chess Championships in 1993 and 1994. Insight into the mind of a child prodigy is provided through the film.

A lot of chess is in Fresh, even though it isn’t technically a movie about chess. Fresh follows a 12-year-old drug dealer named Fresh as he navigates the crack epidemic in New York City. 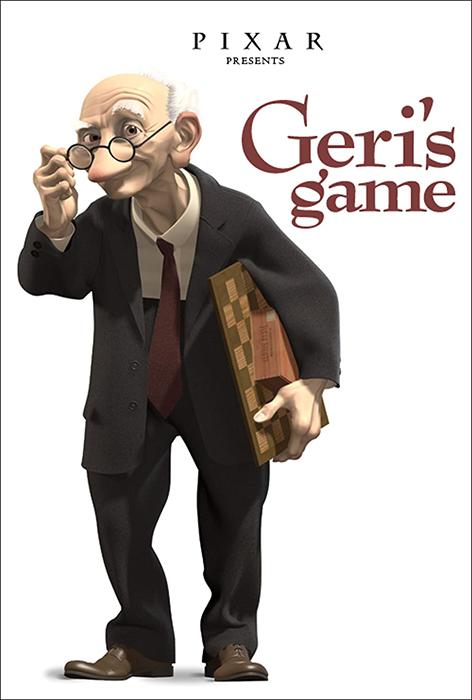 Pixar has a reputation for producing magical films, so you never know what to expect. Geri’s Game, an animated short by Jan Pinkava, depicts a lonesome old guy playing chess by himself. Even though it is only five minutes long, Pixar’s many talents, including music and animation, make the short film outstanding.

Following its Academy Award-winning success, A Bug’s Life incorporated the short into its opening sequence. Geri’s Game is to blame for Pixar’s longstanding practice of introducing each feature film with a short film unrelated to the main feature.

the Black Death in The Seventh Seal, which features a man vs. Death in a game of chess during the Black Death. Ingmar Bergman, who directed the film, which starred Max von Sydow as Antonius Block and Bengt Ekerot as Death, garnered acclaim for his sure and impressive direction.

Known for its imagery and symbolism, this film is considered one of the best of all time. It’s not really about chess, but it’s a fascinating movie that uses the game to tell a riveting and Biblical story.