With each new generation comes a new trend or style associated with it, which is one of the many great things about horror movies (but not without a few underwhelming hiccups here and there). Most people identify the slasher subgenre with the 1980s and films like Friday the 13th, a landmark example of the decade’s slasher tendency (mainly because it is one of the earliest from that specific era). Thirteen legendary slasher films from the 1980s are listed here (along with information on how to view, rent, or buy them), starting with the prequel to a film I would have included if it hadn’t been released two years too early. It’s All Hallows Eve and Laurie Strode (Jamie Lee Curtis) has just survived Michael Myers’ homicidal rampage. She is rushed to the hospital, however, where she learns that the terror has not yet finished and makes a startling discovery about herself.

This is why it is a superb ’80’ slasher film: Even though Halloween II is notorious for introducing the needless hidden connection between Michael Myers and Laurie Strode (which is no longer canon thanks to 2018’s soft reboot), it’s still worth revisiting for some of the most brutal and inventive kills of the Halloween movies series, all while maintaining much of the same ominous tone of the original.

Shocking revelations about each other are brought to light on the night of their high school dance when they are hunted and killed one-by-one by an unseen killer.

This is why it is a superb ’80’ slasher film: One of Jamie Lee Curtis’ films outside of Halloween movies is Prom Night, which has a great mystery plot and a visceral approach to gore, as well as a memorable performance by the late Leslie Nielsen in one of his final roles that wasn’t comedic. This list would be incomplete without Jamie Lee Curtis, the all-time greatest Scream Queen. 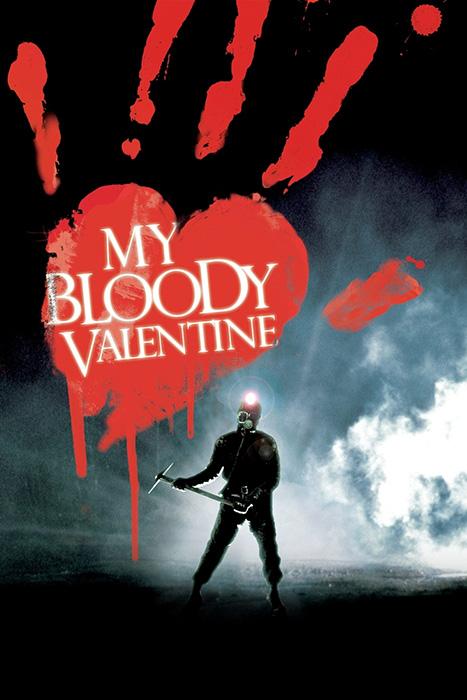 In a little mining town, the residents find that they should have listened to a long-standing urban legend about a killer who plans to turn any celebration on the 14th of February into a night of bloodshed.

This is why it is a superb ’80’ slasher film: This brings us full circle back to Halloween and the many holiday-themed horror films of the 1980s, including My Bloody Valentine, which Quentin Tarantino counts as one of his personal favorites and one of the earliest examples of the slasher subgenre.

When an 18-year-old takes a job as a department store Santa, his dormant murderous instincts are awakened, and he promises the opposite of a merry Christmas to everyone he comes into contact with.

This is why it is a superb ’80’ slasher film: Although its goofy sequel is remembered as the more iconic part, the original Silent Night, Deadly Night is held in higher respect as a more earnest and scary method to have a bloody good Christmas. It was not the first time that Christmas horror movies were made. Several years after the murder of two young counselors led to Camp Crystal Lake’s closure, a group of young people spend a seemingly regular Friday preparing for another summer at the camp, only to fall prey to someone who will kill before that happens.

This is why it is a superb ’80’ slasher film: However, the first Friday the 13th film, which many consider the best of its long-running, beloved series (especially for Tom Savini’s always brilliant special effects) despite a villain who is not hockey-mask-clad, machete-wielding Jason Voorhees, but someone very close to the immortal psychopath was the most successful attempt to cash in on the success of Halloween.

Felisa Rose and her cousin Jonathan Tiersten are sent away for the summer to a camp where counselors and students alike are mysteriously disappearing at an alarming rate.

This is why it is a superb ’80’ slasher film: Sleepaway Camp, despite an infamous twist ending that many consider to be transphobic—more on that topic here—is one of the slasher genre’s most definitive guilty pleasures for its hilariously amateur acting and special effects that, while charming, certainly do not hold a candle to Tom Savini’s abilities.. She tries to stay awake as she thinks that if the hideously burned boogeyman (Robert Englund) pursuing her subconscious kills her in her nightmares, he will also murder her in real life.

This is why it is a superb ’80’ slasher film: To this day, A Nightmare on Elm Street remains one of the most popular horror films of all time, especially when you consider that it was largely based on a real-life story.

A single mother (Catherine Hicks) begins to think that the horrible things happening around her are somehow connected to a popular doll she acquired for her kid at a reduced price from a street vendor.

This is why it is a superb ’80’ slasher film: It was Brad Dourif who provided the voice of the deadly doll in one of the most recent horror TV shows, Chucky, which made Child’s Play a classic supernatural slasher known for bringing another legend of the genre to life. Child’s Play was a genuinely fun, often shocking, and clever indictment of consumerism with great special effects. As part of an initiation ceremony for fraternity pledges and sorority ladies, they agree to be trapped in a purportedly haunted mansion during a night that could spell the end of this greek life institution.

This is why it is a superb ’80’ slasher film: Speaking of genre classics, Linda Blair (who was nominated for an Oscar for her role in 1973’s The Exorcist at the age of 12) is the star of Hell Night, a ’80s cult classic that begins slowly but builds to one of the most thrilling climaxes I have ever seen in a slasher film.

Overnight workers at a neighborhood grocery store quickly learn that they’re being held hostage in the aisles by a homicidal lunatic.

This is why it is a superb ’80’ slasher film: They appear in Intruder, another hilarious and witty cult classic that likely inspired one of the most startling and unforgettable deaths in the Fear Street flicks. Sam Raimi and Bruce Campbell also appear in Intruder. A young man (Kevin Van Hentenryck) takes a mystery basket with him wherever he goes, and a sequence of gruesome killings starts to occur in New York City.

This is why it is a superb ’80’ slasher film: Basket Case, the feature-length directorial debut of writer/director Frank Henenlotter, would go on to become one of the most iconic horror films of all time. It was another shamelessly silly film that was both gloriously gory and thoroughly entertaining in its strangely supernatural slasher subgenre. However, I’m not going to reveal the secret just yet.

While out on a date with their two other pals, a young couple finds themselves stuck inside an amusement park ride along with a serial murderer, resulting in a night that is anything but fun.

This is why it is a superb ’80’ slasher film: The Funhouse is one of the final examples of Tobe Hooper at his most raw and frightening and in a setting that is generally supposed to make one feel at ease by the late great director. A group of young women’s innocent night is shattered by the arrival of an escaped mental patient armed with a gigantic power drill.

This is why it is a superb ’80’ slasher film: Roger Corman is credited as a producer for the elegant and spooky film. Just one of the many reasons why the Slumber Party Massacre passed over the heads of critics and fans at the time of its release, but modern audiences have grown to appreciate it as a nuanced reflection on female representation in the horror genre.

To say that all slasher films are the same would be an understatement, as these 13 titles are among my favorites of all time (or at least from the ’80s).

After authoring his first illustrated children’s story with a washable marker, Jason transitioned to comic books and (very) amateur filmmaking before deciding to pursue a career as a movie critic instead of a filmmaker. See if you can find anything with his name in it about the Batman.