It’s common for mermaid films to be the most magical because everyone wishes they were real.

Werewolves and vampires played an important role in the success of the Twilight Saga and Vampire Diaries. Most viewers don’t find it surprising that mermaid shows and movies are described as “magical.” When it comes to fantasy films and sci-fi television shows, mermaid characters always add an extra layer of intrigue. Sara Paxton stars as a mermaid in Aquamarine, a mermaid movie. Julia Roberts’ niece, Emma Roberts, also stars in the film as a leading lady. The third leading actress in this film is JoJo, who is best known for her singing.

Since starring in this 2006 film, all three of these actresses have matured tremendously. Sara Paxton portrays Aquamarine, a mermaid who dreams of finding love on land with a human boy she has a crush on.

Mermaid is a fantasy-comedy hybrid that was released in 2016. In this story, a mermaid has been sent to assassinate a person who is endangering the entire mermaid species.

It turns out that instead of killing her target, she falls in love with him. Both of them face a dangerous organization that does not want them to be together, and they must fight back. 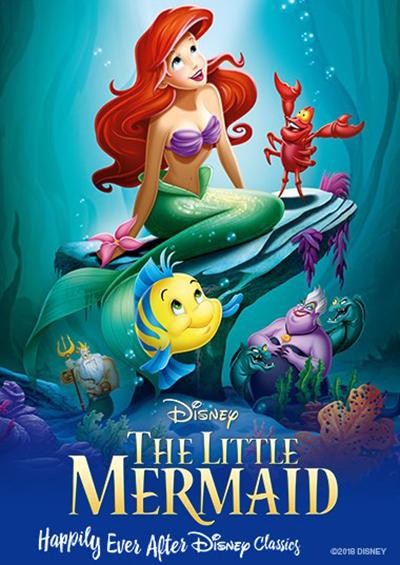 An adolescent female mermaid named Ariel is the focus of The Little Mermaid. This is one of Disney’s most well-known and beloved animated features. Having no legs makes it difficult for Ariel to live on land with Prince Eric.

Her voice is traded for human legs so that she can walk on land and try to persuade Prince Eric to love her by kissing her after three days of interaction. The songs in this Disney classic are awe-inspiring and beautiful.

‘Mermaids are Real: Scales’ is a 2017 action and fantasy film that has been categorized as both. It tells the story of a young woman who discovers that she has a greater purpose in life than simply being a human. She finds out she’s a mermaid on her 12th birthday.

As the movie progresses, she struggles with the realization that she will have to say goodbye to her closest friends and family members for the rest of her life. A Mermaid’s Tale is a wonderful family film that falls under the category of fantasy. It’s a simple story with a heartwarming message about the power of friendship. Ryan, a 12-year-old girl who forms an unusual friendship with a mermaid who is utterly eccentric, stars in this 2017 film.

It becomes clear to them as their friendship progresses that they need to always be there for each other, no matter what obstacles arise between them.

Siren is a mermaid-themed television series that aired on the Freeform network from 2018 to 2020. Eline Powell, a talented young actress, portrayed Ryn, a young girl who is fascinated by mermaids and other underwater creatures.

After spending time in the company of a marine biologist, Ryn realizes that local fishermen are searching for the truth about mermaids in her hometown. In H2O: Just Add Water, a children’s television show, three teenage girls who are aware of their uniqueness are the stars. Their legs become fins when they are splashed by a single drop of water.

Between 2013 and 2016, Mako Mermaids was a three-season television series. Serena, Nixie, and Lyla are the three mermaids featured in the show. The Moon Pool is the area of water they are responsible for protecting.

Zac, a human boy, falls into the water on a night when they are ignoring their responsibilities. New powers and a deeper connection to the Mermaids than any of them could have ever imagined or thought of for Zac

2. Barbie In A Mermaid Tale 2010’s Barbie in a Mermaid Tale is a fun animated film that features Barbie and her friends. Barbie, a typical Malibu surfer girl, unexpectedly transforms into a mermaid in this film, making it ideal for children to watch.

In addition to being adorable and heartwarming, this film has a valuable lesson to impart about the dangers of getting too caught up in one’s own personal desires.

Barbie in a Mermaid Tale is only one of many Barbie films.

Tidelands was a one-season television series that aired in 2018. There are many dark mysteries in this story about a small town. The existence of sirens, also known as mermaids, is one of the most talked about topics in the village.

There should have been more seasons of this Netflix original drama. The existence of mermaids and sirens has long been a subject of debate, and this show aims to answer that question head-on.