Movies have the ability to move and inspire us on a wide range of levels. Consciously and unconsciously, we take away so much from a movie. When we are motivated to make a shift in our character, the takeaway is the most valuable. Finally, there are a select few cinematic experiences that leave us feeling inspired to maintain a healthy lifestyle. When it comes to staying physically and mentally fit, it’s not an easy undertaking. Our favorite actors who go above and beyond to ‘fit into’ a role or a character that emerges through physical fitness are a great source of inspiration for us. To find films that inspire you to get out there, sweat it out, and keep your body, mind, and soul in shape, you’ve come to the right place. Listed here are the greatest fitness films of all time. Several of the best exercise movies are available on streaming services like Netflix, Hulu, and Amazon Prime. In a world where you may have to deal with bullies, who wouldn’t want to learn basic self-defense techniques? While we can all hope for a Mr. Miyagi-like hero to save us, it’s always a good idea to have our own backs and be ready for any eventuality. Karate Kid has a master named Mr. Miyagi who teaches his young student how to face the world with the aid of Karate in all four parts. If you have ever been bullied or physically harassed, this movie has been a great incentive for you to stay in shape and study some form of martial arts or physical self-defense. Keep in mind that your finest safety-kit is YOU!

Rocky’s (Sylvester Stallone) tenacity and determination will be an inspiration to everybody who grew up watching the series. Stallone, in his role as Rocky Balboa, became a symbol of physical toughness and endurance. Rocky showed us time and time again that if you give it your best, you can win in life just like he did in the ring. This man’s path from amateur boxer to champion, coach, and cancer survivor is quite remarkable. Rocky Balboa taught us the value of hard work, a good trainer, and a strong desire to prepare physically for a battle. One of the greatest films ever made, “Chariots of Fire” is based on the real-life story of two athletes who competed in the 1924 Olympic Games. Oscar-nominated film based on athletes Harold Abrahams and Eric Lidell devoted years of their lives to winning the Gold medal in the 1964 Summer Olympics. Their motivations for competing for the Gold medal were divergent, yet they each wanted it badly enough. This film is about more than just physical fitness; it’s also about faith and the power it has to inspire us.

Even though the film is best known for its meditations on mortality, materialism, and the state of the world, it also has a powerful message on the need of physical fitness. Christopher McCandless (played by Emile Hirsch), weighed down by the horrific secrets of his family, abandons his normal social life and sets out into the woods in defiance. He’s all alone out there, with nothing but a broken-down camper van for shelter and no access to money or human contact for days. When all else fails and his food supply runs out, this man will do anything until he gets betrayed by a simple wild fruit. In addition to inspiring many of us to venture into the woods, build our own fires, defy social conventions, and try to live by the teachings of a few visionary philosophers, this film probably also served to remind us of the importance of staying physically and mentally fit in order to fully enjoy life’s adventures. If that’s the case, well, now you know. ‘Wild’ is the next title on the list. Cheryl Strayed, played by Reese Witherspoon, is a character in this film who embarks on a hiking expedition as an attempt at redemption. With a goal of reclaiming her identity, she sets out on an extreme survival challenge. And she has the inside and outer grit and strength to do that successfully. She pushes herself to the limit and succeeds in overcoming all of nature’s challenges. During her trek through the route, Cheryl sheds a few priceless tears, and she is finally freed from her demons. In order to truly meet oneself on an adventure, you’ll need both guts and physical strength.

The movie “Forrest Gump” is a classic. Both the film and Tom Hanks’s performance as Gump have become classics. Among the many reasons why we appreciate this character is the adoration we have for his universally adored innocence and the beauty with which he sees the world. As viewers, we marvel how he manages to get out of the most difficult situations thanks to his running prowess. Because he could run well, Gump is saved, cherished, and recognized. When it comes to powerful messages, one of them is that anyone can conceivably do anything with the strength of a fit body, mind, and spirit.

People who enjoy spending time in nature and discovering the world’s many treasures know how crucial it is to maintain good health in order to do so. ‘Everest’ tells the story of a group of adventurers who set out to conquer the world’s tallest peak, Mt. Everest. Not everyone is brave enough to take on such a challenge, and not everyone is capable of doing so unless they have trained their mind and body for the task. To be fair, this film has a unique way of encouraging people to stay fit—maybe not for climbing Mount Everest, but for any other goal they may have in mind. We don’t need to explain why this film is on our list; it simply inspires us to overcome the one thing that holds us back in life: Fear! With Christian Bale’s portrayal of Batman, we are awed by the character’s training with Ra’s al Ghul (Liam Neeson) in ‘Batman Begins’. In this film, fear is depicted as a powerful force that can be harnessed to our advantage once we have defeated it. In ‘The Dark Knight Rises,’ Bruce is able to emerge from the pit only after he regains his physical strength and overcomes his fear of taking the leap of faith, eloquently depicting this lesson once more. This one scene sums up the entire narrative and inspires us to face our anxieties and use our bodies and minds to achieve our goals.

In the film adaptation of Aaron Ralston’s book, “127 Hours,” a mountaineer and canyoneer becomes trapped under a boulder while trekking in Utah’s Canyonlands. Aron’s character, played by James Franco, encourages us to embark on solo journeys. But the awful accident has us in a state of disbelief. He, on the other hand, does an excellent job of battling the circumstances. Surviving is depicted in the film with maximum authenticity. An adventurer who had a near-fatal encounter with the natural world has given me an essential lesson: Fitness isn’t just necessary for appreciating nature’s gifts; it is also critical when we’re confronted with life-threatening situations. ‘Enough’ tells the story of a mother who flees her violent husband in order to protect her little daughter and herself. When she married Mitch (Jennifer Lopez), Slim (Jennifer Lopez) had no idea what was going to happen (Billy Campbell). His background of physical abuse is later disclosed. A basic lesson is sent to the audience (particularly women) in this film: if you want to protect yourself from any kind of violence, then you must be prepared physically and emotionally. Maintaining physical fitness is only the beginning of this process.

‘Million Dollar Baby’ is one of the best movies ever made about a coach-trainee relationship. The performances of Hilary Swank, Clint Eastwood, and Morgan Freeman will live long in the memory. An amateur boxer who works tirelessly to become a world-class professional is the focus of the film. We all have our own battles to fight, even if we don’t want to or need to fight for our lives in the ring. It’s movies like this one that give you the confidence and fortitude to take on life’s challenges head-on. 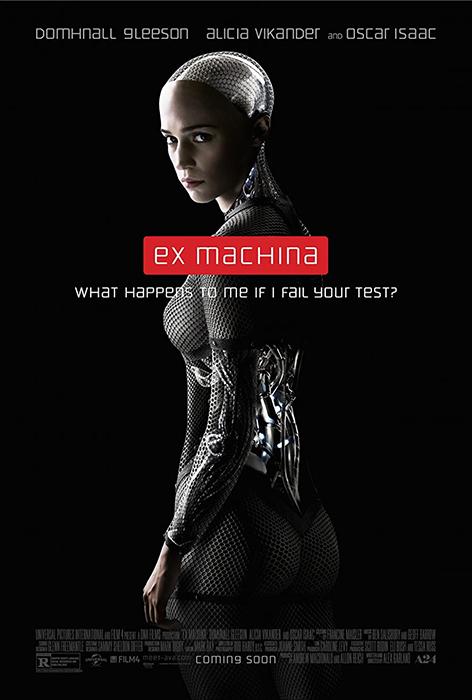 You may be wondering how this sci-fi movie focused on human vs. A.I. inspires anyone to keep in shape. If you’ve seen it, then the answer is – Nathan! (Oscar Isaac portrays this character). Young genius scientist Nathan lives alone in his mansion and drinks excessively. He overdoes it on the alcohol and then goes on a strict fast. The scene in which he passes out from intoxication is crucial to the conclusion of the film. For those who wish to reach a long-term objective, Nathan’s character raises significant concerns about how far one may go to achieve their goal, but he also leaves a message about the need of detox, exercise, and fitness. Even if the movie didn’t explicitly aim to impart this lesson, it does demonstrate how vital it is to have a keen intellect, a strong physique, and good intentions in order to achieve great things in life.

There are two camps: those who adore and those who despise this picture. It doesn’t matter what kind of person you are; you’ve probably seen this movie before. But what about fitness? Certainly! Adapted on an E.L. James novel of the same name, this film will have you contemplating everything bodily, including your own physical attraction to the characters. The movie begins with Christian Grey (Jamie Dornan) out on a jog, and the audience is immediately drawn in by his physical activities. Onscreen, we see two characters that are physically perfect, and even though it may be due to extensive, hard training and the assistance of a few specialists, it still serves as motivation for us to work out regularly. Even a glimpse of Anna’s admiration for Christian’s athleticism is enough to make some people want to take up some form of physical activity.

Sports and exercise are no longer the only ways to keep in shape. You can also get rid of the extra pounds you’ve been carrying around with a little bit of fun. Yes, I’m referring to dance here. Fans of the “Step Up” series have been entertained for years through their TVs around the world, thanks to this popular film franchise. These films elevated the status of dancing in film and continue to motivate many of us to maintain a healthy lifestyle. Watching and experiencing these videos is a must for everyone interested in learning more about the world. Friendship and lifelong growth are at the heart of this two-part film about four best friends. They certainly know how to have fun, love their husbands, and still look gorgeous in their 40s and 50s while doing all of that! This movie series, which is based on the HBO TV series by the same name, is based on Candace Bushnell’s novel by the same name. Most women would like to appear and feel as young as the four leading ladies of this movie series at their age. Carrie, Samantha, Charlotte, and Miranda are spotted performing Yoga, Pilates, Aerobics, or simply jogging on a regular basis. When it comes to the value of running in the morning, Charlotte York has been an inspiration. There is no shortage of artificial techniques to seem younger or leaner, but I’m still a fan of the old-fashioned biological approach to exercise.