Heartland is by far the most watched show on horse-related channels around the world. Fans are left with the familiar empty feeling after the conclusion of a beloved show now that Season 14 has aired and a new season is still in the works.

Despite this, there’s still hope! Until Season 15 arrives (hopefully! ), there are plenty of binge-worthy shows like Heartland to keep you entertained.

Despite the fact that each of these shows differs in some way from Heartland, they all share the series’ familial atmosphere. They all have horses, though, and that’s what matters most! You should also look at our list of the best horse-related TV shows after reading this article.

Here are 8 similar shows to Heartland that you’ll enjoy watching: If you liked Heartland, you’ll love this British drama series about a young American girl and her extraordinary horse Raven, which airs on the BBC. The series is set on a fictitious island off the coast of England and follows the exploits of adolescent Zoe (Jaylen Barron), who spends the summer in her mother’s hometown.

Unexpectedly, Zoe comes across Bright Fields, a premier local riding stable. Raven is a troublesome but beautiful black horse, and she impresses everyone by being able to calm him down. She meets Raven at the stables. The pair will go on to compete in show jumping and become the best in the area.

Zoe makes a lot of new friends on her journey, but she also has to deal with rival Holloway riders and a love interest. Equestrian girls of any age will enjoy Free Rein, despite the fact that it is aimed at a younger demographic than Heartland was.

Netflix has all three seasons of Free Rein (a total of 30 episodes) readily available for viewing. Two more specials are available on the platform, including “The Twelve Days of Christmas” and “Free Rein: Valentine’s Day”. While Heartland is lighter, McLeod’s Daughters is one of the most popular shows in Australian television history, and it’s heavier than Heartland. No matter what you’re looking for in a television series, this one has it all.

McLeod’s Daughters begins with Claire McLeod (Lisa Chappell) and Tess Silverman McLeod (Bridie Carter) reuniting at their family ranch, Drovers Run. It has been in the McLeodfamily for generations, like Heartland, and is now run entirely by women for the first time.

Ranchhands Becky Howard and Jodi Fountain, Jodi’s mother and housekeeper Meg Fountain, and their wealthy neighbors the Ryans will assist the two sisters in their attempt to complete Drovers Run. A family-friendly atmosphere, lovable characters, and well-written storylines will keep viewers hooked on this show as it progresses. Everything from drama to romance to love triangles to tragedies can be found in this show. There are also plenty of horse references.

After the conclusion of Season 3, the show’s focus changes due to the departure of several of the main cast members. However, there are still five more seasons of the show to look forward to, during which time you’ll meet many new characters. McLeod’s Daughters is also available on YouTube in its entirety, spanning eight seasons and 224 episodes! Like Heartland, Yellowstone is a family drama set in the majestic Rocky Mountains. We learn about the Dutton family, owners of the largest ranch in the United States, through the course of the show. Land developers, national parks, and Native American reservations all share the ranch’s borders, creating tensions between the various parties involved.

John Dutton (Kevin Costner) lives on the Chief Joseph Ranch in Darby, Montana, and will stop at nothing to keep it safe. He has no idea that members of his own family are plotting to seize control of the property.

Yellowstone has a lot more violence than Heartland, making it unsuitable for children under the age of 18. Paramount Network has already aired three seasons, each with around ten episodes. The show’s fourth season is scheduled to premiere in June 2021. Additionally, Amazon Prime customers can purchase the show.

If you enjoyed Heartland’s storylines about troubled youth, you may want to give Wildfire a try. There are a total of four seasons, each with 13 episodes, in this show.

Kris Furillo (Genevieve Cortese), a former jockey now serving time for theft, is discovered to have a hidden talent by a volunteer at a teen detention center. Pablo is a horse trainer who gives Kris her freedom after seeing her calm down several troublesome horses at Raintree Ranch.

When Kris finally gets to her foster family’s house, she’s met with a slew of difficulties while trying desperately to please her new family. The ranch is on the verge of bankruptcy as she contends with a love triangle involving the owner’s two sons. Kris and Wildfire, a special horse she rescued from slaughter and will eventually become a champion racehorse, might be the family’s last hope.

While Amy trains horses for a variety of purposes in Heartland, Wildfire’s primary focus is on equitation. Tubi is where you can watch the show in the US. In the Ranch, the dysfunctional Benett family’s life takes center stage. Besides the similar setting, Heartland and The Ranch both have a Maggie’s bar!

Ashton Kutcher’s character, Colt, the ranch owner’s younger son, returns to the family ranch after his football career fails. Colonel (Colt) attempts to save his family’s Colorado ranch Iron River from bankruptcy with the help of his father and older brother Jameson “Rooster” (Danny Masterson).

Debra Winger plays the boys’ mother Maggie, the owner of the local bar, in the show. The Ranch was filmed on a sound stage in California in front of a live audience.

There are four seasons in all, each with 20 episodes running for 30 minutes each. On Netflix, you can watch the whole thing in its entirety.

Australian-Canadian children’s TV show The Saddle Club is all about horses and is adorable! Show follows three best friends who go to Pine Hollow Stables to learn to ride, which is based on a well-known book by Bonnie Bryant.

They’re all members of “The Saddle Club,” and they go on a lot of adventures together, including one with Lisa (Lara Jean Marshall), Carole (Keenan MacWilliam), and Stevie (Sophie Bennett). Veronica DiAngelo, a spoiled and snobby girl who also rides at Pine Hollow, is their other rival.

The Saddle Club, like Free Rein, is geared toward children, but the characters do get older as the series progresses. Every episode is jam-packed with action as the girls prepare for upcoming horse shows, deal with personal issues, and get entangled in barn dramas. In the end, the show’s moral is that you can do anything if you have true friends beside you.

The Saddle Club has three seasons with a total of 26 episodes, all of which are freely available on YouTube. 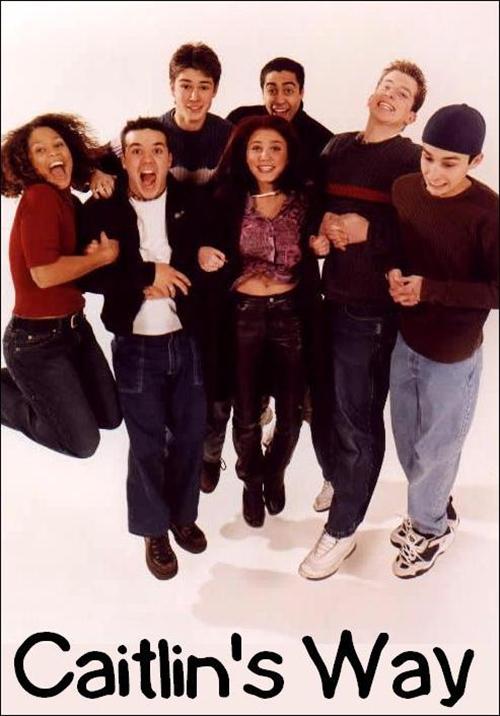 Wildfire’s troubled teen wanders from foster home to foster home in this Canadian-American teen drama. She’ll end up on the family ranch in Montana by complete accident. There, she meets a horse named Bandit and develops a special bond with him.

As a young woman arrested on the streets of Philadelphia, Caitlin Seeger (played by Lindsay Felton) must choose between a juvenile detention center or the ranch of her mother’s cousin. She decides on the latter and relocates to live with some of her extended family members. Despite the fact that she initially feels alienated, Caitlin eventually warms up to her new home after overcoming her culture shock.

Caitlin has been on the lookout for a loving, long-term home ever since her mother’s untimely death. She finally finds happiness in her kind relatives and a horse she saves at the ranch.

Caitlin’s Way, in contrast to Heartland, takes place in the 1990s. Some Heartland fans might notice a strange similarity between the show’s filming location and the town of High River, the setting for the fictional town of Hudson in Heartland. Caitlin’s Way is a three-season show with a total of 52 episodes that you can watch on YouTube.

Anne with an E, out of all the shows on this list, has the most of a Heartland vibe to it. Lucy Maud Montgomery wrote the beloved children’s novel “Anne of Green Gables,” which serves as the inspiration for this touching Canadian drama series.

The show revolves around an orphan named Anne Shirley (Amybeth McNulty). After her parents tragically died when she was just a few months old, Anne spent her childhood in an orphanage. In the late 1800s, the show takes place on the Canadian island of Prince Edward Island, where it was filmed.

The Cuthbert siblings, Marilla and Matthew, are both in their 80s and live on the family farm in Green Gables. They’re hoping to find a home for an orphan boy who can help around the house. When Matthew goes to pick up the boy from the train station, he’s met by a chatty, intelligent teenage girl.

After a miscommunication, the Cuthberts mistakenly send Anne back to the orphanage, only to retrieve her later. Anne has a lot of fun with her new family and friends. The story concludes with the main character attending university and meeting his or her soul mate.

Family-friendly, but it tackles a wide range of social issues at the time. Gender inequity, freedom of speech, racism, and religion are a few examples. All three seasons of Anne with an E can be found on Netflix.

Take a look at our guide to find out where the Heartland ranch can be found.

All of the main Heartland actors, including Amy Fleming, Ty Borden, and Jack Bartlett have fun guides that answer frequently asked questions. To see even more, try searching with our site’s search bar or simply scrolling down.