If mankind can’t put a stop to conflict, then storytelling will continue to thrive in the absence of a better place to develop new plots. Some of the best war movies don’t just present action-packed fighting scenes, but they also reveal the love tales, philosophical studies, political dramas, and gripping horrors that lie beneath the surface of the battlefields. Hulu subscribers have access to an outstanding collection of war films. We’ve sifted through all of them to find the best war films for you.

If you can’t locate what you want on Hulu, let us know. Try our recommendations for the best war films on Netflix. Nicholas (Kai Luke Brummer), like other white men and boys above the age of 16 in South Africa at the time, is conscripted into the South African Defense Forces for his two years of mandatory service in 1981. A border battle with Angola forces Nicholas to undertake grueling training and disguise his homosexuality and developing attraction to another gay man, Dylan, who is also in the military (Ryan de Villers). In Moffie, the hypermasculinity of men is examined in a forceful, poignant, and uncompromising way.

At times, Crimson Tide appears to be less about war and more about the possibility of war itself becoming the final war picture ever made. After being despatched in reaction to military unrest in Chechnya, the ballistic missile submarine U.S.S. Alabama is given orders to unleash missiles at a Russian facility. Second-in-command Lieutenant Commander Ron Hunter (Denzel Washington) doubts Captain Ramsey’s decision to attack because he thinks the orders may have been canceled before the sub’s radio was damaged. Ramsey and Hunter engage in a tense duel of wits while the rest of the sub’s officers are forced to take sides in the battle of wills. Crimson Tide is a great show because of its talented cast and crew. Hackman and Washington’s fiery duel is enthralling, and Viggo Mortensen and the late James Gandolfini make appearances in the picture as well. On board the Fool’s Errand, Maude Garrett (Chlo Grace Moretz) is already dealing with a lot, including her peculiar past and the fact that the majority of the crew would prefer she be cooking meals in some other location than the B-17’s galley. but Maude and the crew had to contend with a massive gremlin in the middle of Japanese fighters’ intermittent attacks. Shadow in the Cloud is a fascinating trip that combines combat drama with ghostly terror.

With a cast like that of The Thin Red Line, it’s hard not to get sucked in right away. This stunningly spectacular and all-too-often ignored Vietnam War epic stars Sean Penn, Adrien Brody, Nick Nolte, John Cusack, George Clooney, Woody Harrelson, Jared Leto, John C. Reilly, and John Travolta. Although it’s nearly three hours long, it’s not exactly popcorn fare. It is the goal of The Thin Red Line to change the way you view war by the end of the film. With Captain Tony Stone (Woody Harrelson) as his commanding officer, Staff Sergeant Will Montgomery (Ben Foster) is assigned one of the Army’s most unpleasant duties: Notifying the families of soldiers who have died or been gravely injured while serving their nation. Things get more hard for Will when he gets engaged with one of the widows he delivers bad news to. He is already dealing with how to deal with his own pain while performing such a horrible assignment. Excellent acting and direction make The Messenger an affecting war drama that tackles a difficult subject.

Ex-schoolteacher Aida (Jasna Djuricic) has it better than most people in this dire situation. Aida, a UN translator, has access to the UN camp prior to the 1995 Srebrenica massacre of the Bosnian War, unlike most of the town’s residents. The rest of her family, on the other hand, is still denied access. This Oscar-nominated drama depicts the horrors of war through Aida’s eyes. The 12th Man, an acclaimed Norwegian historical drama, portrays the stories of one of those heroes, those who hunted him, and those who saved him during the Second World War. Jan Baalsrud, a Norwegian resistance warrior, is played by Thomas Gullestad in the film. No one but the locals, who are just as desperate to free themselves of the Nazis as Baalsrud, are able to rescue him as he is chased by German officer Kurt Sage’s (Jonathan R. Rhys Meyers) men. Surviving and resisting in the 12th Manis is horrific and engrossing.

’71, while though it doesn’t take place during a “conventional” war, is nonetheless a war movie in every sense of the word. When his unit mistakenly abandons him, Gary Hook (Jack O’Connell) finds himself on his own in Belfast during the Troubles. While on the run, Hook tries to outlive the British army or the IRA so that he may learn which will find him first. 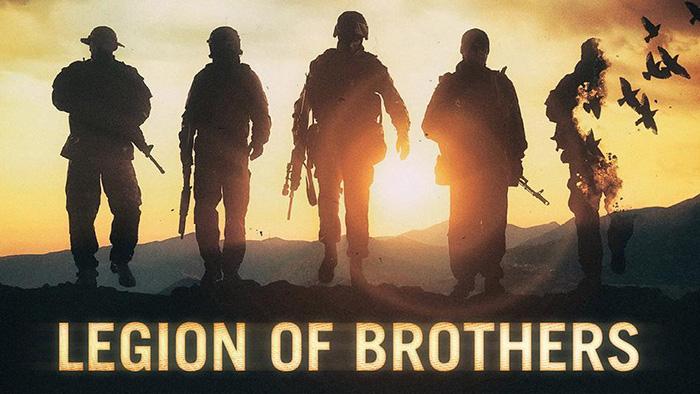 Special forces units were utilized extensively by the United States in the aftermath of the 9/11 attacks to defeat the Taliban. When the troops return from their tours of service, Legion of Brothers follows them as they adjust to life back home. There is no political motivation in this. There are soldiers in Legion of Brothers who are grateful for the opportunity to fight in Afghanistan and soldiers who wish they had never gone there. For them, the main goal is to communicate their stories and to show the brotherhood they’ve built through their experiences.

The focus of this gripping and thought-provoking thriller shifts to a more contemporary and unconventional form of combat. When a disguised surveillance drone sends back video footage showing that terrorists are plotting a suicide bombing, things grow even more tense during a mission to catch a terrorist in Kenya. Decision-making is hampered by the presence of a child in the target region, which necessitates a change from “capture” to “kill.” Eye in the Sky features a stellar cast, including Helen Mirren, Aaron Paul, and the final live-action film appearance of the late Alan Rickman.