It’s possible to be inspired by films and documentaries. These are movies about pushing one’s physical and mental limitations, survival, stunning scenery near and far from home, movies that capture the everlasting feeling of freedom, and movies that show how adventure and the outdoors can influence people’s life experiences.

All of them may be found right here.

Overly familiar movies like Indiana Jones or Eat Pray Love won’t be found here, and neither will anyone trying to sell you a fantasy. Beyond that, we found films that you may not have heard of, but that will leave you speechless.

Films such as this one depict a more realistic depiction of life than Hollywood’s idealized fantasies.

We’ve compiled a list of the top outdoor films and adventure documentaries to encourage you to get outside and live a life of adventure.

For your convenience, we’ve included links to where you may watch these videos!. Starting with a Slovak documentary that won an award for best documentary.

An old generation of High Tatras mountain porters, who daily carry hundreds of kg of goods to mountain huts, is the inspiration for the documentary Freedom under Load.

They explain about how they deal with the weather, the seclusion they find in the mountains, and why this old practice is not only their profession but a way of life.

A film that demonstrates the true power of women. For the first time in a generation, a female Mongolian eagle hunter is making history by being the first in her family to do so.

Mongolian landscape photography immerses you in the nomadic culture. You’ll grow to love this girl even more as you see her struggle and see the fruits of her labor.

Who doesn’t enjoy a story about a group of indigenous people being discovered in the middle of the jungle?

In the 20th century, a British explorer discovers evidence of a previously unknown civilization in Bolivia.

To find the lost city, the novel depicts the difficulties of separating from one’s family and the conflicting views on the tribe in England. From the opening credits to the final credits, this (nearly) silent film starring Robert Redford has you on the edge of your seat the entire time.

When you’re out at sea on your own, you have to deal with the elements. When you believe his life is gone, he comes up with a clever strategy to keep going.

Great actors, like Robert Redford, almost never let us down, and this film is proof of that.

There are three young buddies who take a road trip around Mexico in the movie.

It features a lot of flirting, sex, uncomfortable situations, and the pursuit of freedom, all while presenting the stunning scenery of Mexico’s countryside.

Consider going rock climbing in complete secrecy. Your hand is trapped between a rock wall and a boulder as you plummet into a deep canyon. Nobody is aware of your whereabouts. Food and water are in scarce supply. And no one is coming to your aid.

Do you know what to do? Time flies when you’re having fun.

An astonishing true story of survival will be presented to you. Without without realizing it, James Franco’s superb portrayal as the unfortunate rock radiates across the entire film. 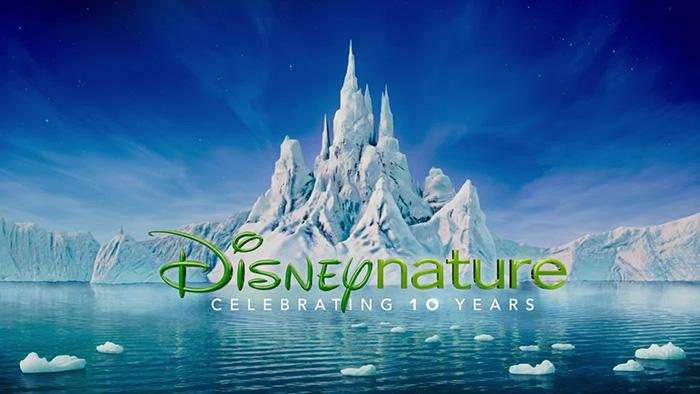 Disney nature films aren’t like most wildlife documentaries, which can drag on for hours on end.

A crew of professional videographers follows a family or families of a particular animal species on their travels. Their battles with predators, year-round existence, foraging for food, childbirth, and family life.

A combination of stunning wide shots and incredibly detailed close-ups transports you to a magical world of nature. You’ll be puzzled as to how they were able to capture such personal moments on tape more than once.

We’ve seen Born in China (about pandas), Bears, Penguins, Monkey Kingdom, and Elephant so far and highly suggest them.

On this list, there is only one widely recognized film.

Che Guevara and a friend’s motorcycle trip across South America, as told by two of his closest friends at the time. This is a wonderful depiction of the freedom and adventure that can be found in the great outdoors.

They meet both injustice and the kindness of people on their journey. It does a wonderful job of capturing the cultures and landscapes of South American countries.

The final push you need to finally go on a life-changing journey can be found here.

Take a trip to South America from your house before you leave.

A true story about a young girl who had to travel the Australian outback on her own. In addition to camels, her dog joins her on her trek, and she is occasionally photographed by a photographer along the way.

Occasionally, she meets an Aboriginal or a local who is surprised by her endeavor to cross the wide dry plain and ends up trying to assist her in her journey toward self-discovery.. A real-life Western adventure awaits those who enjoy the genre.

In order to cross the American West from Mexico to Canada, four companions trained 16 wild mustangs. They were put to the test as they cared for horses on a 3,000-mile voyage.

They had to cross perilous terrain, but their tenacity may have helped them achieve their mission. Is that the case?

“It’s never too late” is the theme of this film.

Edie, a middle-aged widow, sets out on a journey to the Scottish Highlands with a group of friends. Two young men from an outdoor store urge her to employ one of them as a guide and teach her basic survival techniques as she pursues her lifetime goal of reaching the summit of a mountain.

Edie’s “guide” winds up learning more than he ever expected as she prepares for her trip.

Is Edie going to make it to the top of the mountain? The elderly woman’s pursuit of her desire and her friendship with a local were well-illustrated in this slow-paced film.

For years, a father and daughter have lived in a modest wooden hut in the woods. Despite the fact that he taught her everything she needed to know to survive, they ended up being housed by the government since they illegally possessed land.

A return to the woods seems more likely, but how do they plan to deal with it? The father-daughter relationship is depicted in a heartfelt film about a teenage girl and her father, a veteran. Robert Redford and Nick Nolte, both in their fifties, resolve to travel the 2,190-mile Appalachian Trail through the eastern United States.

Hiking and meeting new people along the road, as well as an attempt to finish the trip with an untrustworthy buddy, are all depicted in this light-hearted movie.

A tale of a man who believed he was saving the bears of Alaska from a psychotic man. He claimed to have made friends with bears despite spending several summers simply observing them.

People either revered or detested him for what he done for bears, depending on your perspective.

As for his personality, I’ll leave it up to your own judgment.

To reunite with the remains of his sons, an American father journeys to Paris, France. For some reason he couldn’t make it past the first day of the El Camino de Santiago journey from France to Spain.

His son’s journey is over, but his father has decided to walk El Camino de Santiago by himself instead of flying back to the United States.

As a film, it captures the essence of backpacking, from meeting strangers to developing unique bonds with fellow travelers. Seeing this made me want to grab my suitcase and head out on a new adventure. El Capitan in Yosemite National Park was free climbed for the first time in history. This nearly one-kilometer-tall wall is no place to attempt an unroped ascent.

No matter if you’re a lover of rock climbing or not, this is one of the greatest outdoor movies ever made.

In my opinion, this is the best adventure documentary ever filmed. It’s one of the greatest mountaineering tales ever told.

In Peru, two climbers are attempting to reach the top of Siula Grande. As they go, they are forced to face a terrible tragedy and test of their willpower.

Assuming you’ve ever seen a survival film, you’re in for a treat. It’s hard to believe what these two friends went through in this palm-cheating movie, which is both emotionally and physically difficult. After Yvon Chouinard and Doug Tompkins (founders of Patagonia and North Face) embarked on an amazing voyage in 1968, Jeff is shipwrecked, among other unforeseen occurrences.

Patagonia’s breathtaking vistas are always a treat to witness, especially when they’re mixed with a message about living life to the fullest and conservationists conserving the planet…. One of the best things I’ve ever seen or heard!

You’re missing out if you haven’t seen the British TV show about automobiles. Although I don’t particularly enjoy driving, I’m a big admirer of road vacations.

As they begin on a journey across a country, their “specials” are always exciting to watch as the producers prepare for them, generally on a very limited budget, to buy vehicles in the place they’re visiting.

You’ll be treated to breathtaking scenery and a light-hearted tale about three British males. As evidenced by the included films, South America holds a special place in my heart.

However, this isn’t the most dull Patagonia documentary out there. Trouble and animosity don’t wait for the three witty Englishmen.

The plot is suspenseful, and the scenery is stunning.