Because of the ongoing global epidemic, the entertainment sector has been forced to adjust its release dates, shift to on-demand streaming, and delay development. Despite this, the first half of 2021 has produced a number of notable titles, particularly in Asia, on both big and small screens.

On NME’s list of the year’s top Asian films and TV shows, you’ll find everything from a heartbreaking documentary about the early days of the COVID-19 outbreak in Wuhan to an addictive South Korean gangster series and an educational anime on human biology. Adapted on Aravind Adiga’s Man Booker Prize-winning novel, The White Tiger is an incisively sarcastic and graphically dynamic thriller about servitude and class divide, directed by Ramin Bahrani and produced by Ava DuVernay. Parasite meets the caste system of modern India in this sci-fi thriller. It follows Balram Halwai, an impoverished villager, as he utilizes cunning and charisma to rise in society, often at the cost of his integrity and dignity. This is a brutal and acidic criminal story. But just as Balram is about to achieve the success he craves, he is confronted with a moral dilemma, torn between his poor upbringing and his envy of his employer’s extravagant success.

From Adarsh Gourav (in his first leading role), to Priyanka Chopra, to Rajkummar Rao, The White Tiger takes a somber look at the moral implications of inequity and corruption at every level. They all give outstanding performances. An inadvertent counterpart to Slumdog Millionaire, Bahrani creates a depressingly cynical narrative of rags to riches, innocence lost, relentless ambition and disgusting self-improvement. It’s easy to see why the 93rd Academy Awards nominated the film’s sharp and dynamic narrative for Best Adapted Screenplay. Patients and front-line medical workers in Wuhan battled the first epidemic of COVID-19 in an intimate and immersive documentary. At a time when the full scope of the disaster’s global impact hadn’t yet been determined, the journalistic film by Hao Wu and Weixi Chen was shot on location at four of the city’s hardest damaged hospitals during the city’s initial lockdown. Overwhelmed by life-and-death crises, 76 Days follows a small team of doctors and nurses who are doing everything they can to care for their patients while dealing with tremendous sadness and physical exhaustion.

By using a “fly on the wall” method, this documentary cuts past abstract numbers and plunges viewers into a world of turmoil and uncertainty. 76 Days is a must-see documentary for everyone interested in the human condition. Viewers are reminded that the tragic human cost of the coronavirus, as well as the selfless bravery of healthcare personnel worldwide, should take precedence above social and economic consequences.

3. Wheel Of Fortune And Fantasy (Japan) Seeing her closest friend dating her ex-boyfriend causes a girl to question her feelings for him. A hapless 30-year-old lady, at the behest of her 20-year-old partner, makes a half-hearted attempt to seduce her old college professor. At her high school reunion, an older woman tries to rekindle an old flame but instead makes an unexpected connection. Confusion is the theme of Hamaguchi Rysuke’s latest anthology film, which features three separate but related stories that are all tied together by Hamaguchi’s unique style of storytelling.

It’s set in Tokyo and has three incredibly humanistic, dialogue-driven plays that find understated beauty in seemingly everyday domestic drama. These beautifully observed and emotionally authentic glimpses of middle-class boredom are alternately funny, heartbreaking, and sensual. They are built around long takes, cryptic resolves, and compellingly flawed female leads. The recent 71st Berlin International Film Festival’s Silver Bear went to a compilation of shorts about love and kismet, which may seem like an odd pick for the honor, but it’s earned. The Con-Heartist is a fast-paced, absurdist rom-com that’s guaranteed to put a smile on your face. Ina (Pimchanok Luevisadpaibul) is a Thai banker and YouTube influencer who has been conned out of 500,000 baht by her ex-boyfriend Petch (Mez Tharatorn) (Thiti Mahayotaruk). In order to deceive Petch, recoup her losses, and make a little extra money, she partners up with a slick con artist named Tower (Nadech Kugimiya). If Jim Carrey had made Ocean’s 11 in the early 1990s, before Steven Soderbergh got his hands on the brand, The Con-Heartist feels like Jim Carrey’s Ocean’s 11 reboot.

Slapstick comedy in a time when audiences are more accustomed to clever or sardonic humour is no easy thing to pull off. Because of this, Tharatorn and his ensemble are able to effortlessly charm and frenetic energy – all while maintaining a complex plot and startling well-developed characters. While a 129-minute running time might seem excessive for a light-hearted comedy like this one, The Con-Heartist is packed with laughs and surprises at every turn. You won’t be cheated out of your time or money by this film, unlike its protagonists. 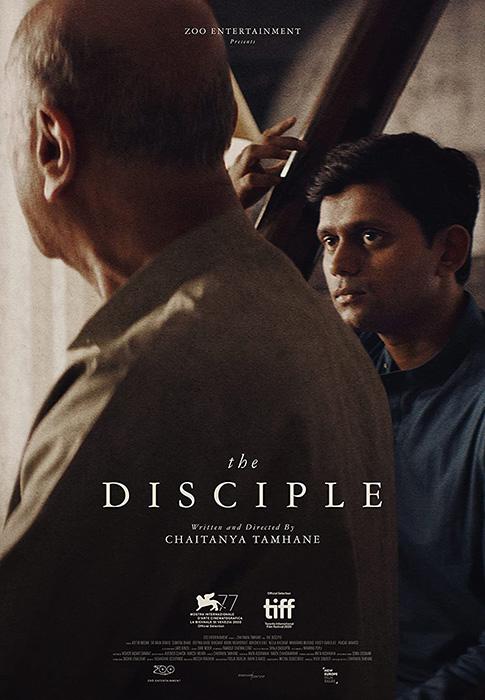 Chanda Tamhane’s second feature is a meditative drama about a young guy who has dedicated his life to being an Indian classical music singer. It’s not that Sharad doesn’t care about what he does; it’s just that as the years go by, it becomes increasingly difficult for him to keep up with his contemporaries’ creative and commercial achievements. After some time, Sharad begins to doubt his own abilities and begins to doubt the identity he has been given by his profession.

In The Disciple, a failing artist is depicted as he struggles to accept his limits after being abandoned in the public eye. Enchantment and disenchantment, artistic purity and the impossibility of reaching it are all themes explored in Tamhane’s patient character study. Unlike previous music dramas that focus on the dangers of fame, this one focuses on the feelings of inadequacy and disillusionment that often accompany that experience. Through the prism of a renowned musical tradition, this is a journey of self-discovery.