Beastars, a new series on Netflix, has a strong cast, plenty of action, and an intriguing central romance. Ten shows to watch while you wait for season 2 of your favorite anime

A cult following grew up around Beastars even before it was made available to the public via Netflix. Some were disappointed by its exclusion from the Crunchyroll 2019 Anime Awards because of how many distinct fandoms it has inspired.

When compared to other Netflix originals like Devilman Crybaby and Kakegurui, the show’s excitement has been low since its Netflix premiere. The second season of Beastarsas, despite the fact that it hasn’t garnered as much attention as these two shows, may tempt more viewers to tune in. If you enjoyed the first season of Beastars, here are some other shows to check out while you wait for the second.

Please consider contributing an article to our publication. Do you have a track record of successful online publishing? Join our team by clicking HERE! A human female, Hana, encounters a half-human, half-wolf male named Wolfman in Wolf Children. In the course of their relationship, Hana and Wolfman had two human-wolf offspring, Yuki and Ame. Hana’s single-parent quest to raise her children in a crowded human society is the focus of Wolf Children’s plot.

Despite the lack of human characters in Beastars, both shows explore the significance of reining in one’s animal tendencies. Wolf Children’s storyline has a lot in common with Beastars’s writing, which many people enjoy.

The story of Kaneki Ken, a college student who narrowly escapes the murderous clutches of Rize Kamishiro is told in Tokyo Ghoul. Later, he wakes up in a hospital, half-ghoul, and walks out as he was before the incident. This new existence of Kaneki’s is the focus of the anime.

Kaneki, the protagonist of Tokyo Ghoul, must eat human flesh in order to survive, just like Beastars’ male protagonist. Fans are sure to be intrigued by Kaneki’s thirst for human flesh if Legoshi’s issues with hunger were a concern. 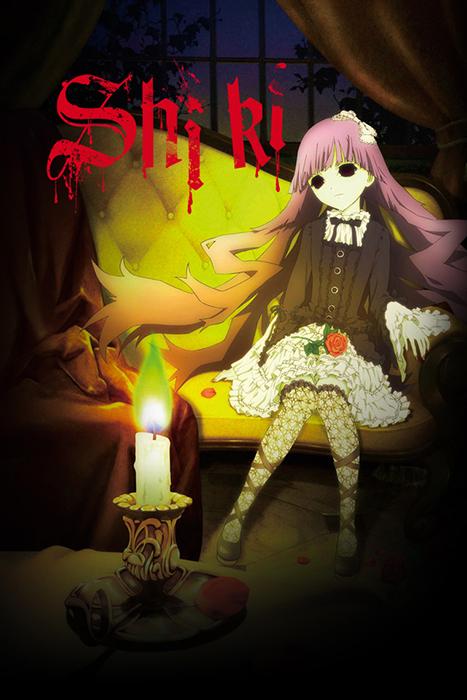 Sotoba, a tranquil village in Japan, has been the site of a number of unexplained deaths in the summer, which has led to the belief that a lethal disease is at work. Toshio Ozaki, a young doctor, is on a mission to disprove these claims and learn the truth behind them. In order to save the town, he joins forces with Natsuno Yuuki, an anti-social guy, in order to combat the Shiki (the ones who are guilty for the residents’ deaths).

Shiki, like Beastars, makes their characters confront the flaws of their foes while also providing the audience with other points of view. For those who love Beastars’ occasional suspenseful and thrilling episodes, Shiki is an excellent anime to watch afterward.

Pupil of Magi One of Kyubey’s promises is that she will grant Madoka Kaname’s one wish and allow her to become a magical girl if she fulfills it. Even though it sounds like a great opportunity, Madoka and her friends soon find out that it’s actually a trap.

Stop-motion animation is used in Madoka Magica, as it is in Beastars, but it is uncommon in today’s anime. It’s difficult for characters like Legoshi and Sayaka in Madoka Magica to live with the shame of doing something selfless for someone else despite the fact that they know they won’t be rewarded for their efforts. A Centaur’s Life tells the story of Himeno, a young centaur who lives in a world where everyone she knows has some sort of supernatural ability. The anime follows Himeno and her friends, Nozomi and Kyouko, as they engage in pranks at school.

For pupils in both series, victimization and discrimination laws encourage them to live together peacefully. Despite this, the protagonists in A Centaur’s Life are made miserable by the story’s utilization of character-driven social themes. A Centaur’s Life is the best method to see what Beastars would seem like from a different perspective.

6. THE BOY AND THE BEAST

Ren, the protagonist of the film The Boy and the Beast, has been abandoned by his parents and is now living with relatives who treat him with contempt. As a result of these events, Ren decides to venture out into the streets, where he meets Kumatetsu, the Beast Kingdom’s heir apparent. One of the central themes of the novel is the conflict between a beast determined to succeed its current master and a young man yearning for “a place to call home.”

This anime, like Beastars, brings two diverse characters together and analyzes how much one of the duo influences the other. If this idea appeals to you, you may be sure that your voyage with Ren and Kumatetsu will be filled with the same excitement. Akira Fudo and Ryou Asuka are traveling to a Sabbath in Devilman Crybaby, a manga about a man named Akira Fudo. As Akira soon discovers, it’s teeming with demonic creatures. When the time comes, Akira will become Devilman after fusing with a demon named Amon. Akira and Ryou’s struggle to fight all the demons that threaten humanity is the focus of this novel.

Akira, like Legoshi, suffers from a deep sense of remorse in Devilman Crybaby. Even when Akira performs heroic deeds throughout the series, society treats him as Legoshi. Their passion for certain girls consumes them, and both men challenge society’s racial belief system.

While attending Hyakkaou Private Academy, a school where gambling money and manipulating others is the norm, Yumeko Jabami is introduced. When Kakegurui’s first season comes to a close, Jabami has already made a reputation for herself despite being a newcomer to the school.

A school system that will leave viewers scratching their heads, similar to Legoshi’s school in Beastars, despite the lack of anthropomorphic characters and any genuine connections in Kakegurui. Those who enjoy the colorful personalities of the Beastars will enjoy Kakegurui as well. In A Silent Voice, a high school student named Shoya Ishida tries to reconcile with a deaf student named Shoko Nishimiya, whom he had previously broken up with. This is because he used to harass and bully her in elementary school. The plot then follows Shoya as he tries to track down Shoko and make up for his heinous crimes.

For example, A Silent Voice doesn’t need to feature animal characters like Beastars if it wants to convey the same underlying themes of self-improvement, guilt and shame. As a result, if you liked Legoshi’s character in Beastars, you’ll appreciate his performance in A Silent Voice.

To save a young Johan Liebert, Dr. Kenzou Tenma sacrifices his own life rather than that of his town’s mayor, and this decision has haunted him ever since. Years later, Liebert would engage in illegal activity. Tenma is on a mission to atone for the error he made in saving Liebert’s life, and the story follows him on his journey.

As with Legoshi’s desire to apologize to Haru for trying to eat her, Tenma wants to make apologies for his mistakes. They even blame Tenma and Legoshi, who aren’t responsible, for murders that aren’t their own. To fulfill a burning yearning for answers about who killed Tem in Beastars, watch Monster.