Do you remember waiting your turn to play Street Fighter II? Or maybe you and your friends used to play the X-Men coin-op game?

Who didn’t love going to the arcade back when it was great? You could meet up with all of your friends in one place and play the newest video games on the newest arcade machines.

Arcades were where gamers went to show off, and they were often the first places to get new games. Arcade games were not only a cheap and easy way to play video games, but they also tested out new game ideas and gave the world its first look at iconic series.

With the decline of arcades and the rise of powerful home consoles and PCs, whole generations of gamers will never get to experience the fun that was the arcade. This problem has been solved by the home emulation scene, which has made a lot of arcade-perfect ports that are ready to play on your PC. Thanks to systems like MAME, which play the original game roms (usually from zip files or the source code), the history of arcades is being kept alive with stunningly simple user interfaces and classic arcade fun.

Here are the best MAME arcade games that you can play right now:

Sega’s legendary dominance in the arcade is what made the company a rival to Nintendo, another Japanese company that makes both software and hardware. Golden Axe Arcade shows how good Sega is at arcade games, and it was easily one of the most epic and fun things you could do in an arcade at the time. With three characters to choose from and a great story for an arcade game, Golden Axe went on to start a series that did best on home consoles but also led to another arcade game in the future (a beautiful, lush affair that reimagines the classic core gameplay of the original). Even though the home versions are good and even on par with the arcade version, we think this game is best played in its original arcade form, which requires a MAME emulator. A side-scrolling beat ’em up version of X-Men from the 1980s that was made by Konami is another classic game that many gamers remember fondly from their time at the arcade. X-Men Arcade is probably the most well-known of Konami’s hit beat-em-up arcade games, which also include The Simpsons Arcade and Teenage Mutant Ninja Turtles Arcade. It also helped make the X-Men into an iconic group of superheroes.

The X-Men were huge in the 1990s, and for many people, it all started with Konami’s still-addictive beat ’em up game. You could play as Dazzler, Wolverine, Storm, Cyclops, or Colossus, each of whom had their own special abilities. Then, you had to fight your way through waves of sentinels and bad guys from the X-Men universe. The arcade was the only place where you could have such a great time.

Dig Dug is a simple game made by Namco that came out in 1982. The main goal of the game is to get rid of the monsters by any means necessary. In the game, the main character, Dig Dug, can dig through the dirt until he runs into a monster. He can throw rocks at it or blow it up until it bursts. These same monsters are also a death threat to Dig Dug, just like ghosts are to the main character in Pac Man. Dig Dug is one of Namco’s arcade games that modern gamers don’t like as much as they should. It has graphics and sounds that are very reminiscent of the 1980s, but the game itself is timeless. Even more reason to bring it back to life with the MAME emulator. 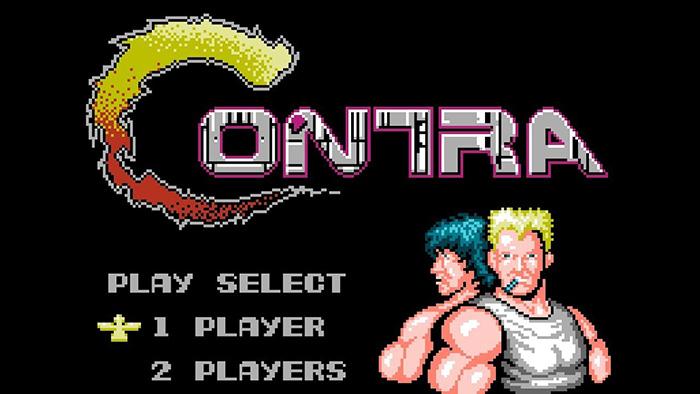 You may remember the NES game Contra, and if you do, you probably remember how hard it was. Contra in the arcades was exactly the same, and in some ways it was even harder because there is no Konami code for quarters.

Contra is a run-and-shoot extravaganza with bright graphics, loud sounds, and fast-paced action that is as fun as it is hard. The arcade hit went on to inspire a lot of home games, but all of them are based on the original Contra, which came out a long time ago. Even though, by today’s standards, Contra may be a bit hard in terms of difficulty, it is still an epic game. Look no further than the arcade game Contra if you want to see a scene from a horror or action movie from the 1980s that everyone knows and loves.

Metal Slug is one of SNK’s best-known and most-loved series. Its games are beautiful and fun to play, but they will break your hands. SNK’s Metal Slug 2 improved on everything the first game did well and added a lot more. It had some of the most tightly packed, well-integrated gameplay and a beautiful look that still looks good today. When they were new, Neo Geo units were too expensive for most gamers to buy, so going to the arcade was often the only way to play some of the best Neo Geo games.

This could get expensive if you do it for a long time, especially with games like Metal Slug 2 on the shelves. Metal Slug 2 is a typical side-scrolling shooter from the late 1980s and early 1990s, but it has so much style that it’s hard to tell it’s from that time period. Everything about the game is still good, from the graphics to the sounds to the way it’s played. It really is a great experience, and SNK has been smart to bring it to almost every console since. BurgerTime starts off our list of the best MAME games with tasty action from the golden age of video games.

When your parents told you not to play with your food, do you remember? Did they also say that it was because some of the things in your meal were bad guys in a computer game and that they would never be the same?

Most likely not, but the truth is that it is!

If you’ve played Mario’s cement factory or Mario & Yoshi, you’ll know how this game works. To make a full burger, you have to walk over the buns and trap the ingredients inside.

If you can trap an enemy inside, they are no longer a threat.

I can’t compliment (sorry, I meant compliment) this game anymore. It’s an old favourite and a good title to get things going.